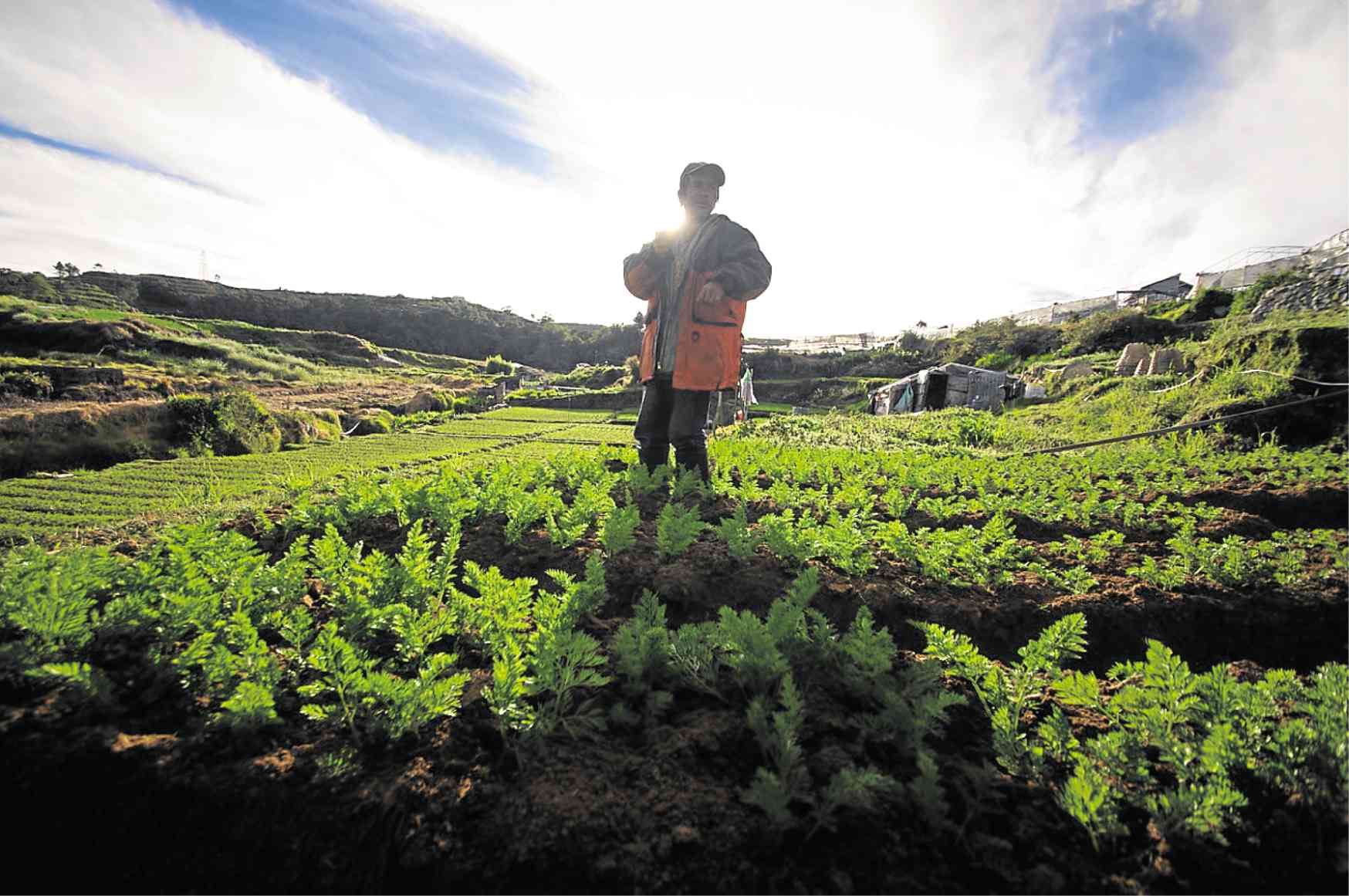 VEGGIE BASKET Many farmers in Benguet province, where most of Metro Manila’s salad vegetables come from, prefer chicken manure over commercial fertilizers in their farms. —RICHARD BALONGLONG

But they are now facing a lawsuit from local dung traders, accusing Mayor Romeo Salda and other officials of abusing their authority and of violating their right to due process.

Chicken dung is the preferred fertilizer of farmers tending to vegetable gardens carved out of the mountains in most Benguet towns.

Salda’s order closing dung stores at Barangay Shilan in La Trinidad was based on a local court injunction in 2009, later affirmed by the Court of Appeals, which described the trade and storage of chicken dung within the town as a public nuisance.

Judge Benigno Galacgac of the Benguet Regional Trial Court had issued the writ of preliminary injunction against the traders, heeding a petition filed by Shilan Out of School Youth Extension Association.

That injunction was followed by an administrative order, which prohibited the sale, disposal and storage of chicken dung in La Trinidad.

On June 11, Rose Maliones and Arnel Lagadeo, both traders, and their landlord, Beatriz Timog, petitioned the court to nullify Salda’s order, arguing that they “were not properly informed of their violation.”

They also claimed that the order was “unconstitutional since it affects private property and the owner of the said lot, Beatriz Timog, is deprived of her own right of beneficial use [of her property].”

The complainants said they had been operating their stores for more than five years.

Maliones and Lagadeo said they leased Timog’s lot, which was used as a staging area for transporting chicken dung to vegetable farms. —KIMBERLIE QUITASOL