Int’l, local professors validate 5,000 deaths in PH due to war on drugs 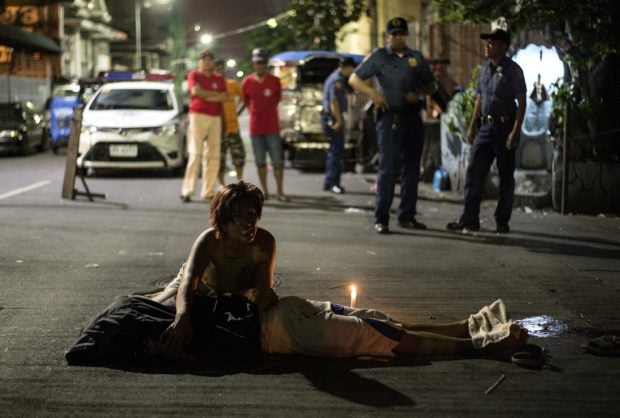 Policemen (back) look at a mother, Nanette Castillo, as she grieves beside the dead body of her son Aldrin, an alleged drug user killed by unidentified assailants in Manila on Oct. 3, 2017. AFP PHOTO

Professors and fellows from local and foreign educational institutions have validated the deaths of over 5,000 individuals due to the Philippine government’s war on drugs.

A research they’ve done on the subject matter, entitled “The Philippine Government’s Anti-Drug Campaign: Emerging Evidence and Data”, said 5,021 have died due to the drug war from May 10, 2016 — the day when President Rodrigo Duterte was elected — to September 29, 2017.

Of this number, 2,753 were killed in official Philippine National Police (PNP) operations, and 1,907 were killed by unknown assailants. A total of 355 bodies were also discovered or found, with alleged links to the campaign.

This inter-school study’s figure is higher than the number reflected on Philippine National Police records, which places the number of killed at 4,251, between July 1, 2016 to April 30, 2018.

Researchers from Ateneo de Manila and De La Salle Universities and the Stabile Center for Investigative Journalism of the Columbia Journalism School said the project aimed to create a single, barest minimum record for those killed in the drug war.

“We pursued this project of the research program of the government’s anti-drug campaign to build a database of those who have been killed,” Professor Clarissa David, Senior Research Fellow of the Ateneo School of Government said before presenting their study on Monday.

“[This is] not for any other reason but to make sure that there is some kind of record, of those who lost their lives,” she said. 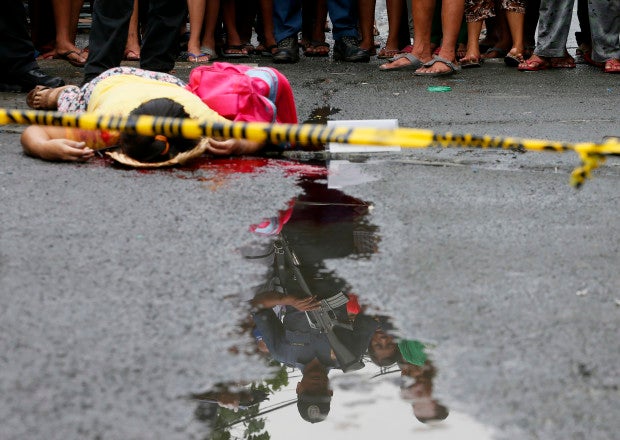 Bystanders and a policeman look at the body of a woman, later identified by her husband as that of Nora Acielo, still clutching the school bag of her child, are reflected in a pool of water after she was shot by still unidentified men while walking with her two children to school at a poor neighborhood in Manila on Dec. 8, 2016. AP PHOTO

Meanwhile, David explained that their tally differs from PNP’s because the research used reports from different media outfits in the country — which started their drug lists even before President Duterte was sworn into office on June 30, 2016.

“Leading up to election day, my understanding is that media itself started the counts. The rhetoric about how this drug campaign will go is already in the news, there were already threats being made,” she said.

“This is by no means a unique instinct. The top media organizations started a list of their own. It’s something that we all shared — this instinct, this understanding that these killings need to be recorded and accounted for,” she added.

“In this project, we consolidated all available lists, searched for more media-based information and built a victim-level database of drug-related killings committed during this administration’s anti-drug campaign,” David explained. 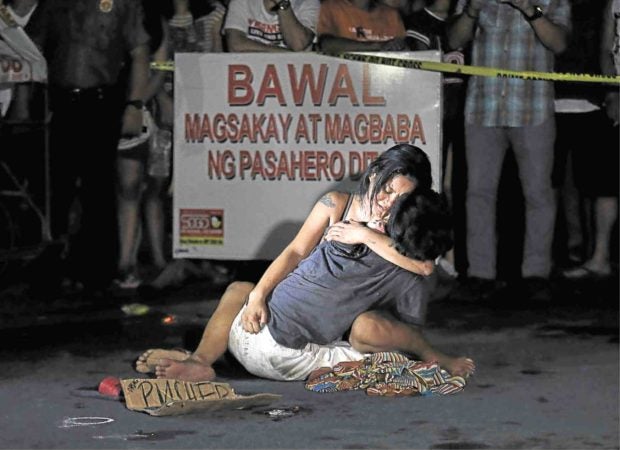 The inter-school research revealed the following:

(2) Many of the victims were low-level drug suspects: 47 percent were alleged to be small-time drug dealers; eight percent were supposed to be drug users, and one percent were suspected drug couriers;

(4) Old and young victims: 22 of those killed were minors while 34 were senior citizens;

(8) Drug lists: 1,149 of the victims were previously included in the drug watch-lists of police and barangay officials;

(9) Police and “vigilante” operations: From those on the drug list, 531 were killed in police operations, 573 were killed by unknown assailants, and 45 were found dead.

(10) Killed near their homes: For assailant-led killings, 29 percent were killed inside or near their homes, 44 percent on streets or alleys, and 17 percent inside a vehicle.

For PNP-led operations, 23 percent were killed inside or near their homes, 13 percent on streets or alleys, and five percent in drug dens. /vvp