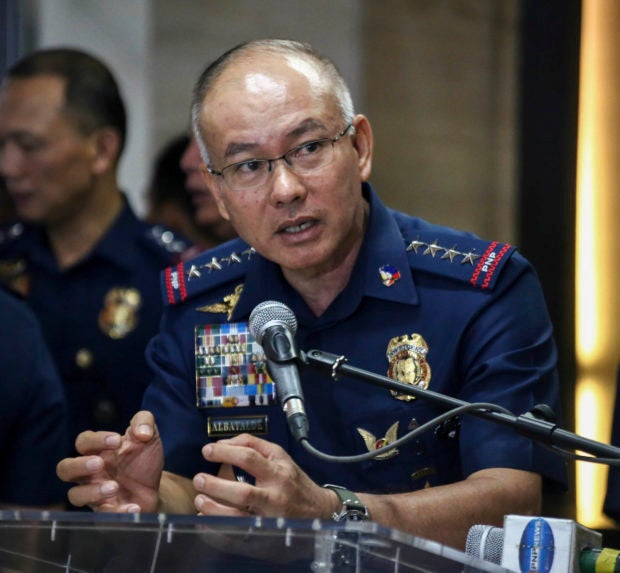 The Philippine National Police has released what it called “real numbers” to dispute “disinformation” on and “mislabeling” of the Duterte administration’s war on drugs.

The official death toll is much lower than the 12,000 estimated by an international human rights group and the 20,322 counted by an opposition senator as the number of fatalities in President Duterte’s war on drugs.

In a press conference at Camp Crame in Quezon City, the PNP and the Presidential Communications Operations Office (PCOO) said 4,251 people died in 98,799 operations nationwide and 2,676 kilograms of “shabu” (crystal meth) worth P13.8 billion were seized.

The PNP and PCOO released the figures to also point out that the Duterte administration was winning the war on drugs.

“However, despite the significant gains, many side issues and, to some extent, deliberate disinformation, continue to obscure the true picture of our antidrug operations often mislabeling the pure good intention of the campaign with human rights issues and political undertones,” said PNP Director General Oscar Albayalde.

Rights group Karapatan on Monday said Malacañang was getting confused with its numbers game that it could no longer provide a consistent figure on its so-called successes in its drug war.

“Last December 2017, they reported at least 20,000 cases of individuals killed in the course of their antinarcotics campaign from July 1, 2016, to September 2017. Now, they have shaved off the figures to project a less murderous campaign,” she said.

New York-based Human Rights Watch has estimated that more than 12,000 suspected drug users and dealers, mostly from poor families, have been killed since Mr. Duterte launched his war on drugs on July 1, 2016.

Human Rights Watch has estimated 4,000 people have been killed either by police or by “unidentified gunmen.”

In February, Trillanes, citing figures in the administration’s 2017 year-end report, said the number of deaths and extrajudicial killings under the war on drugs had reached 20,322.

Among those killed in police operations and vigilante-style attacks from July 2016 to December 2017 were at least 74 minors, according to Children’s Legal Rights and Development Center.

A complaint has been filed against Mr. Duterte in the International Criminal Court accusing him of crimes against humanity in connection with his bloody war on drugs.

Albayalde said the Real Numbers Forum would allow the public “to see the complete picture of the national anti-illegal drugs situation in its true, unadulterated and objective state sans any biased opinion and emotional manipulation.”

He said the numbers would still go up because of the extent of the illegal drugs problem.

“There are only a few barangays that were cleared [of illegal drugs] as of this time,” he told reporters.

He pointed out that success in the drug war was “really difficult to quantify” and that it could only be measured by its effect on the country’s peace and order.

He cited a vast reduction on street-level drug dealers who openly sell shabu.

In a statement, Albayalde said: “PNP anti-illegal drug operations had been relentless and uncompromising throughout the entire period that we were given a new lease on waging this campaign with greater efficiency, and with fewer violent confrontations between law enforcers and offenders.”

He was referring to Malacañang’s decision in December last year to allow the PNP to help the Philippine Drug Enforcement Agency (PDEA) in the war on drugs.

Mr. Duterte took away his war on drugs from the PNP last October and designated instead the PDEA as the “sole agency” that would carry out operations against the narcotics trade amid criticisms of its methods.

Last December, Mr. Duterte ordered the PNP to actively support the PDEA in the war on drugs, noting that there was a “notable resurgence in illegal drugs.” —Reports from Jeannette I. Andrade, Melvin Gascon and Inquirer Research