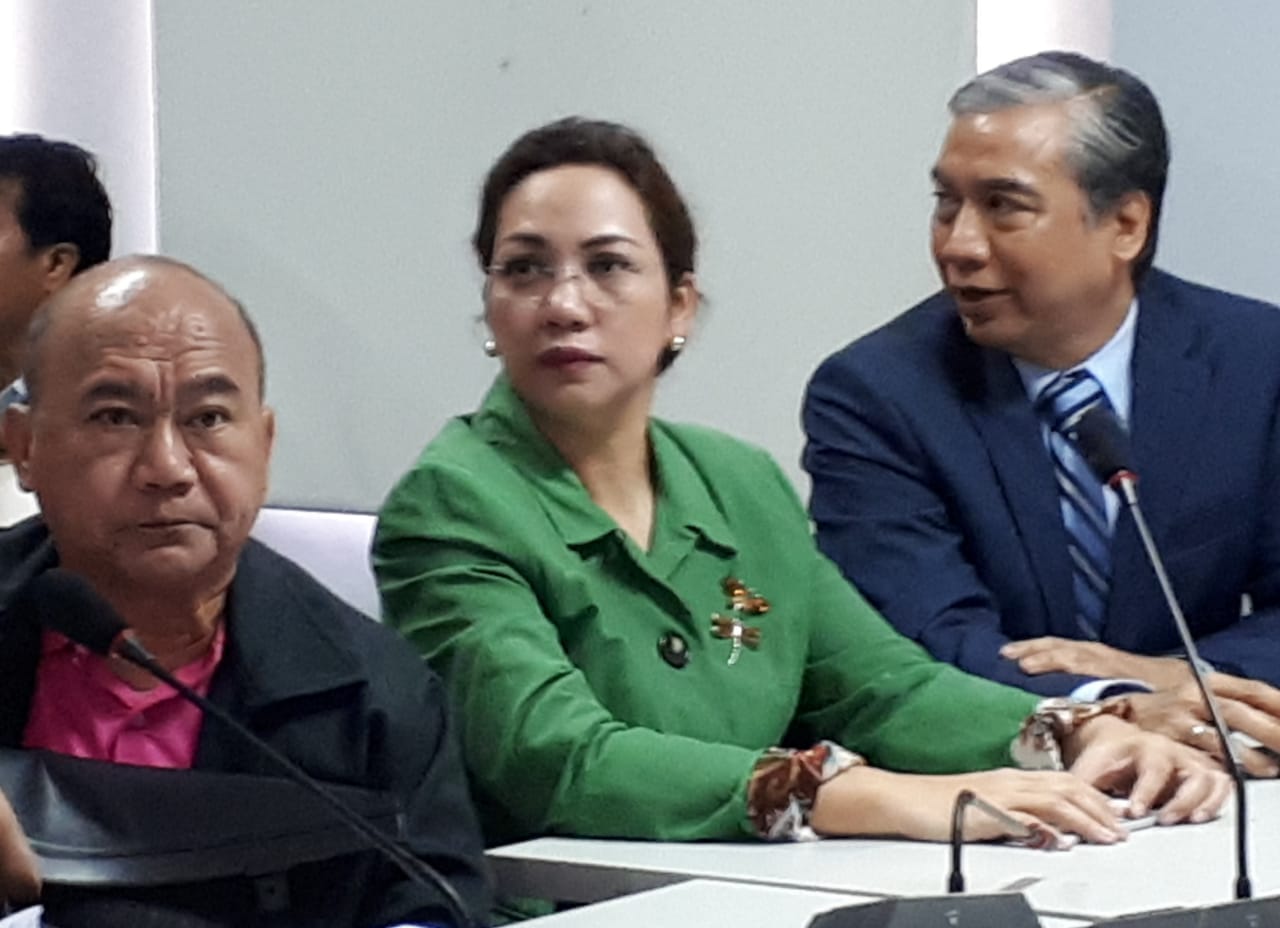 Former health secretary Janette Garin files her affidavit to the complaint files against her by the relatives of victims of alleged Dengvaxia victims. PHILIPPINE DAILY INQUIRER/JOAN BONDOC

Former Health Secretary Janette Garin has branded the criminal charges filed against her over the allegedly faulty Dengvaxia vaccine as “malicious, twisted and baseless.”

In a counter-affidavit filed on Monday, Garin asked the Department of Justice (DOJ) to junk the charges against her and several others for lack of probable cause and for insufficiency of evidence.

Garin, along with current Health Secretary Francisco Duque III and 38 others, were slapped with a complaint for torture, obstruction of justice, graft and reckless imprudence resulting in homicide.

The charges were filed by parents and relatives of children believed to have died due to complications after being injected with the controversial anti-dengue vaccine.

“Contrary to the malicious, twisted and baseless accusations of the complainants and the corresponding report and recommendation memorandum (Public Attorney’s Office Report and Memorandum), the Dengue Immunization Program was implemented after a thorough evaluation process as to its necessity and urgency, as well as the readiness of the government to undertake the same,” Garin said in her counter-affidavit.

“The decision was backed up with studies that date back to several years, conducted by private and public institutions, both locally and internationally,” she added.

In addition, Garin said that they have always acted “with the best interest of the people and the government in mind and exercised the diligence required of us as administration of public health.

“All this while taking into consideration the prevailing circumstances and all the information available to us at the tie,” she explained.

The Dengvaxia vaccination program of the DOH was suspended in December 2017 after French pharmaceutical firm Sanofi Pasteur disclosed that vaccinated patients who had no prior dengue infection may be at risk. /je