Duterte insists peace talks should be in PH 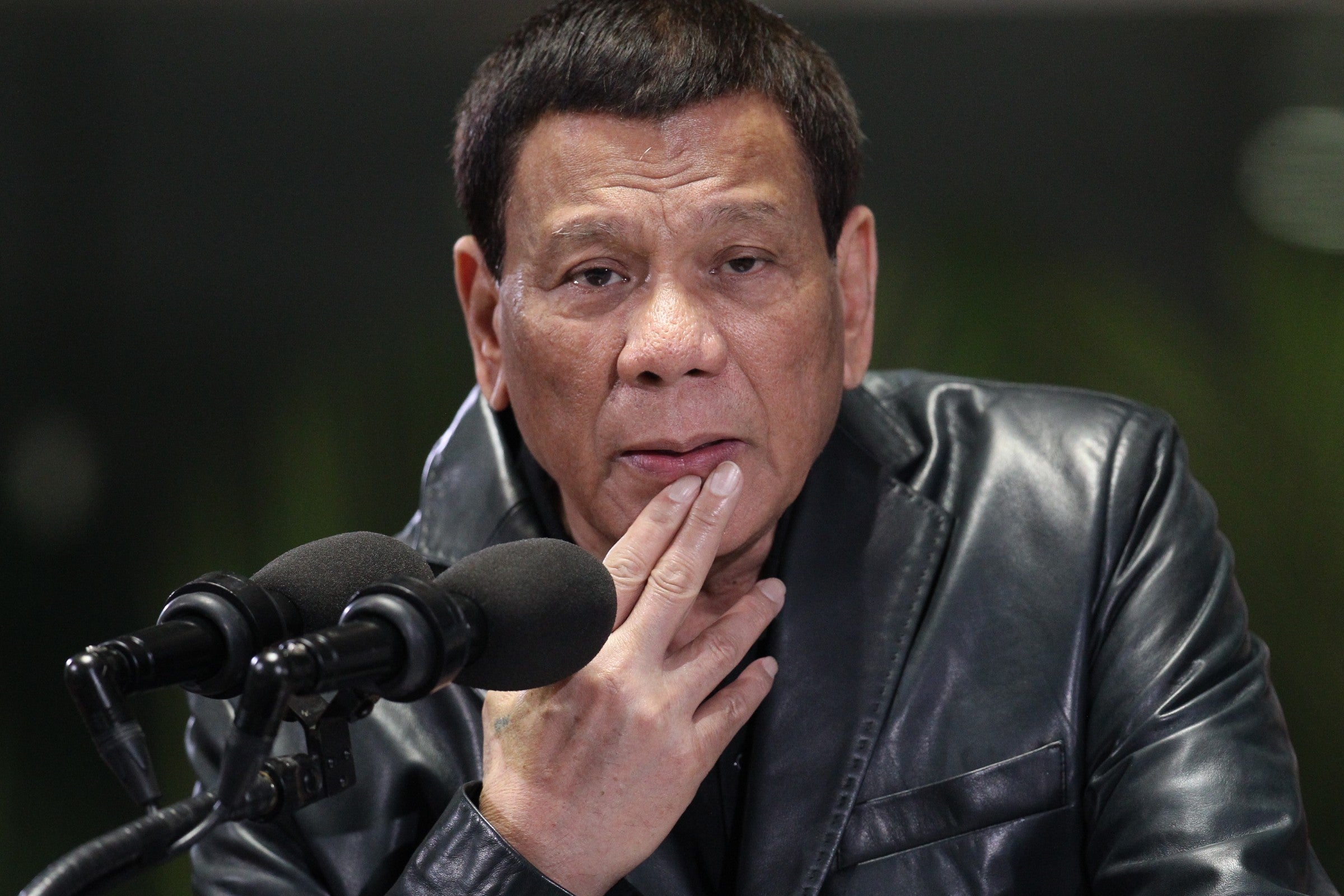 Peace talks should be in the Philippines, President Rodrigo Duterte insisted on Tuesday, even after exiled Communist Party of the Philippines (CPP) founder Jose Maria “Joma” Sison said talks would be doomed if they would be held in Manila.

“Why should I talk outside? I’m talking about our country, my country, their country and they want to take over, overthrow government. And why do we have to talk [about] the f***ing thing outside?” Duterte said in a speech during the 81st anniversary of the Government Service Insurance System (GSIS) in Pasay City.

In the past, talks were held in Norway, the third-party facilitator in the peace negotiations between the government and the communist rebels.

Sison assailed the choice of venue of the President, saying it would be easy for the government to conduct “surveillance and control” among communist rebels joining the talks.

But Duterte gave his oft-repeated assurance to Sison that he would guarantee the safety of the exiled leader while he is in the Philippines.

He said this was part of his promise to “arrive at a certain level of peace.”

“Bakit ako pupunta doon sa ibang lugar? Dito tayo. I guaranteed him safety and security for the duration of the talks. I gave him a small window. So let’s talk for 60 days.

“And in that period, you come home. I will pay for your expenses,” he added.

But if the talks fail, Duterte said he would let Sison leave the Philippines but warned him to never come back to the country.

“If after the two-month period wala, I will see to it that you walk out of the Philippines safely. Pero sabihin ko sa ‘yo, do not ever, ever come back, ever,” he said. /je