‘1987 Constitution does not limit marriage to opposite-sex couples’ — Falcis 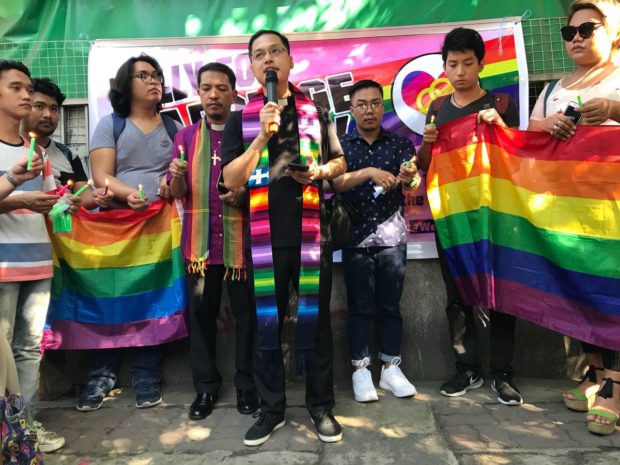 LGBTQ community and advocates gather at the Supreme court as the high tribunal hold its oral arguments on the petition for marriage equality. INQUIRER.NET/RYAN LEAGOGO

The 1987 Constitution does not categorically state that a marriage must be only for a man and a woman. Does this make the Family Code of the Philippines unconstitutional?

This was the argument raised by lawyer Jesus Nicardo Falcis III at the Supreme Court (SC) on Tuesday during the hearing of oral arguments on his petition to legalize same-sex marriage in the Philippines.

In his opening statement before the SC en banc on Tuesday, Falcis said, “Nothing in Article XV or other provisions of the Constitution limits the definition of marriage as between a man and a woman.”

“But something in the Constitution commands that marriage under the Family Code be extended to lesbian, gay, bisexual, or transgender (LGBT) couples,” he stressed.

Falcis filed the petition on May 18, 2015. In that year, three countries made same-sex marriage legal, including the US, Greenland, and Ireland, the first country to legalize same-sex unions through a referendum.

All in all, same-sex marriage is legal in over 25 countries, including the Netherlands, the first country in the world to legalize same sex unions in 2001.

In defending his petition, Falcis said the Family Code of the Philippines is “presumed unconstitutional” as it states that marriage is valid only when the contracting parties are a male and a female.

“The text of the Constitution is clear – marriage, as an inviolable social institution, is the foundation of the family,” Falcis said.

“Given the infringement of a fundamental right, the Articles 1 and 2 of the Family Code is presumed unconstitutional – it is now the State which has the burden of proof, not the Petitioners,” he pointed out.

Falcis likewise said there was no “substantial distinction” between opposite-sex couples and same-sex couples, saying that both can establish a conjugal and family life.

“A conjugal and family life means a life of togetherness. A conjugal life means companionship, according to the authors of the Family Code itself,” Falcis said.

“When the Constitution says no person shall be denied equal protection of the laws and that the State values the dignity of every human person, the Constitution requires any couple, regardless of their sex or gender, to be recognized as having the right to marry,” he stressed. 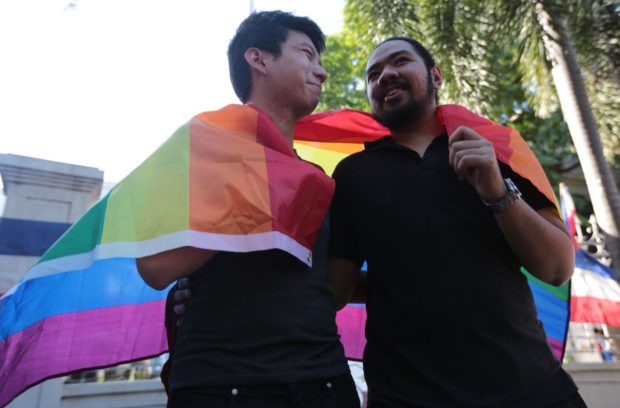 However, some lawmakers have also openly opposed same-sex unions. Among the opponents are Senate President Vicente Sotto III and Senator Joel Villanueva, son of Bro. Eddie Villanueva, the evangelist who founded Jesus is Lord Church Worldwide.

Same-sex marriage is also being opposed by the leaders of the Philippines’ dominant Catholic Church.

The Catholic Bishops Conference of the Philippines earlier said, ““The Church continues to maintain what it has always taught. Marriage is a permanent union of man and woman.”  /vvp