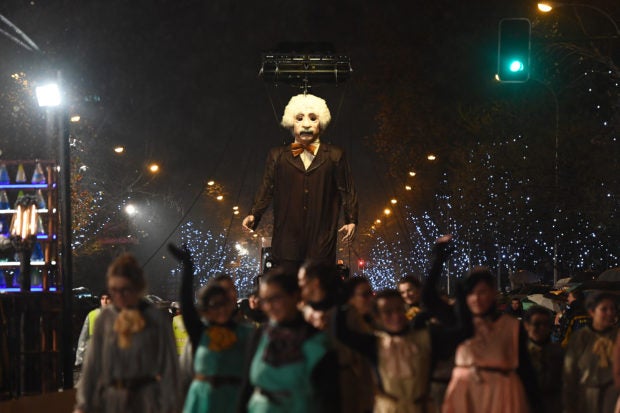 There is not an iota of doubt that Albert Einstein was one of the world’s brightest minds. No one can disagree with his scientific acumen. Over the years, the name ‘Einstein’ has in fact become a synonym for genius. But a diary written by him between October 1922 and March 1923 reveals a darker side of the Nobel Physics laureate.

Published recently by the Princeton University Press, ‘The Travel Diaries of Albert Einstein: The Far East, Palestine, and Spain, 1922-1923’ present the scientist’s racists views on the various peoples he encountered during his journey through Asia, including India.

Ze’ev Rosenkranz, assistant director of the California Institute of Technology’s Einstein Papers Project and the editor of the book, comments that in Einstein’s diary “other peoples are portrayed as being biologically inferior, a clear hallmark of racism”.

Quoting from what Einstein wrote in his private journal, The Guardian observes how he describes the Chinese as “industrious, filthy, obtuse people”.

“It would be a pity if these Chinese supplant all other races. For the likes of us the mere thought is unspeakably dreary,” Einstein wrote in the diary and also commented disdainfully on the manner in which they ate their food.

Einstein writes of how the locals in Ceylon’s Colombo “live in great filth and considerable stench at ground level”. At the time, Ceylon (now Sri Lanka) was a British colony.

The only race Einstein displays a positive perception about is the Japanese. “Japanese unostentatious, decent, altogether very appealing,” he writes. “Pure souls as nowhere else among people. One has to love and admire this country.” But he also makes an inferior comment on the intellectual ability of the Japanese.

Rosenkranz writes, “Einstein’s diary entries on the biological origin of the alleged intellectual inferiority of the Japanese, Chinese, and Indians are definitely not understated and can be viewed as racist – in these instances, other peoples are portrayed as being biologically inferior, a clear hallmark of racism”.

Einstein’s views in his personal diary appear to be contrary to the views he is known for. He went on advocating for civil rights in the US and famously remarked that racism “a disease of white people”.

The period of his travel during which he made the racist remarks began a year after he won the Nobel Prize in Physics. By 1933, the Nazis had taken control of Germany. Einstein, a Jew, was visiting the United States at the time. He never went back.