The Aeta are still struggling to rebuild their communities after the devastating eruption.
By: Allan Macatuno - Correspondent / @amacatunoINQ
Philippine Daily Inquirer / 07:25 AM June 17, 2018 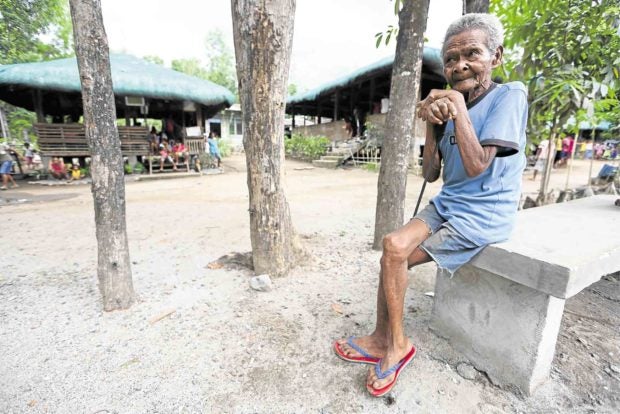 NEW HOME Genardo Cosme, an elderly Aeta from Botolan town, Zambales province, rests under the shade of trees in the new community he and other Aeta families established after Mt. Pinatubo’s eruption destroyed their homes in the forest 27 years ago. NIÑO JESUS ORBETA

BOTOLAN, Zambales — Genardo Cosme, 70, scanned his surroundings as he tried to recall how long it had been since he and other Aeta planted trees on their new community after they escaped the fury of Mount Pinatubo.

“It was a long time ago. As soon as we set foot here, we planted those trees that you see now,” said Cosme pointed at  a row of mango trees surrounding their new homes 27 years after Pinatubo erupted.

Holding a cane with his right hand, Cosme pointed to the vegetation, which, he said, was abundant before the eruption destroyed their tribal community inside Pinatubo’s dense forest.

The eruption forced Cosme and his family to evacuate to Pampanga province. They eventually transferred to a resettlement area at Sitio Bihawo in Botolan, Zambales province, where they have lived since. 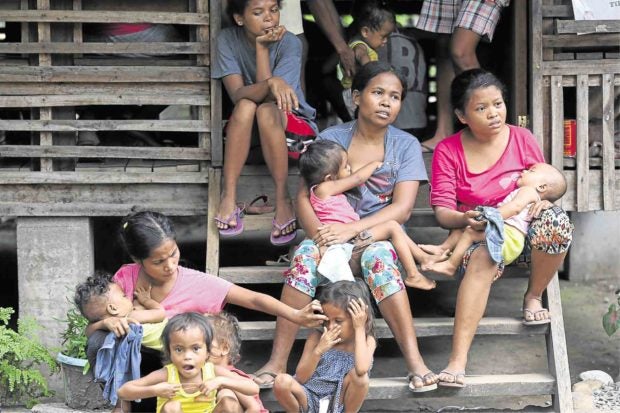 NEXT AETA GENERATION A group of Aeta women breastfeed and watch over their children, who are growing up far from their ancestors’ original communities deep in the once forested slopes of Mt. Pinatubo. —NIÑO JESUS ORBETA

“Life was easy before [the eruption]. We didn’t have to worry about what to eat every day. We had all kinds of vegetables around us,” Cosme said.

Before the June 1991 eruption, his family regularly harvested “kamote” (sweet potato), “gabi” (taro), “singkamas” (jicama) and other root crops, and would only buy table salt from the market to flavor their food, he said.

“When we arrived here (in Sitio Bihawo) … we barely had anything. We tilled the land, raised crops and planted trees,” said Cosme, a member of an Aeta organization called Lakas (Lubos na Alyansa ng mga Katutubong Ayta ng Sambales).

After it was organized in 1984, years before Mt. Pinatubo woke up violently after centuries of being dormant, Lakas established a cooperative, put up literacy classes and held training sessions on their rights to ancestral domain.

Lakas was formed with the help of the nuns from Franciscan Missionaries of Mary (FMM), who lived with the Aeta of Mt. Pinatubo in 1982.

Despite the devastating effects of the volcano’s eruption on their lives and properties, Lakas members now stand on their own without the nuns’ assistance.

They moved from one evacuation site to another and eventually bought land that they developed into their permanent community with the help of the FMM nuns and nongovernment organizations (NGOs). 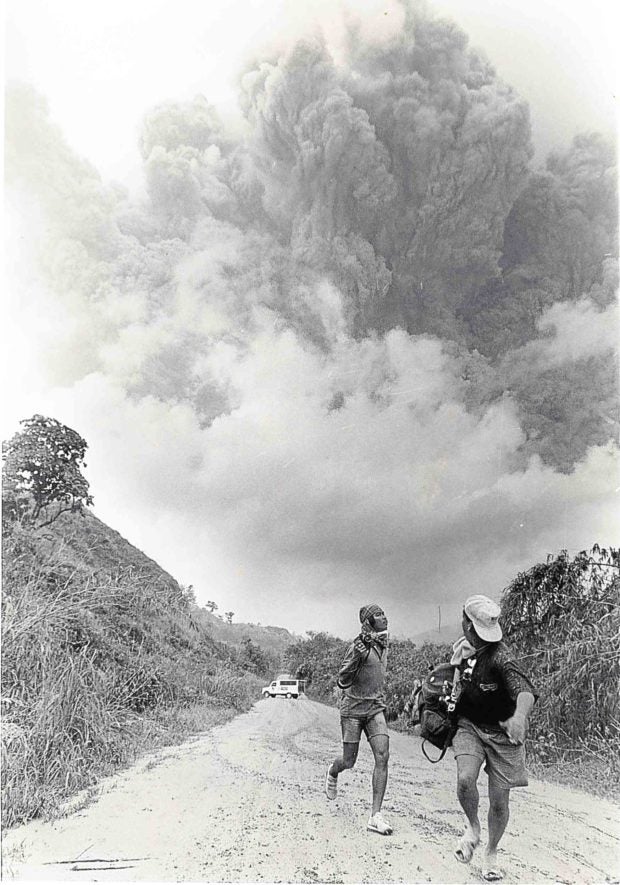 “We planted the trees ourselves with little help from the government,” he said.

“Although we immediately tilled the soil and planted trees when we got here, we just couldn’t wait for the harvest season to come. We had to search for food from one place to another,” he said.

“Mt. Pinatubo and the forests served as our source for all kinds of food and medicines. The rivers were also our markets,” Domulot said, explaining the lengths to which the Aeta communities had gone to rebuild their communities.

An official of the provincial environment and natural resources office in Zambales said reforestation at the foot of Mt. Pinatubo under the National Greening Program (NGP) was in the works, but only to grow bamboo.

Louvely Ann Alcance, provincial focal person for the NGP, said a 100-hectare area at Barangay Villar in the eastern part of Botolan was being prepared for 20,000 bamboo planting stocks.

“So far that’s the only NGP project that’s being done near Mt. Pinatubo,” she said.

While there are no massive government-backed reforestation efforts in the Aeta communities, Domulot said tribe members on Mt. Pinatubo were doing their part to provide livelihood to members of their community.

Domulot’s son-in-law, Tubad Jugatan, 37, has been integrating organic farming in their resettlement sites with the help of the Department of Agriculture for their food security.

Jugatan said they converted a 3-ha idle lot into an organic farm where they grew vegetables and cash crops that they sold in the market. “If you work hard, you will have food on the table,” he said.

In San Narciso, one of the towns that endured the devastating effects of the tons of ash ejected by the volcano, the Department of Environment and Natural Resources (DENR) carried out a community-based forest management program in upland Barangay Umaya, according to Mayor La Rainne Abad-Sarmiento. 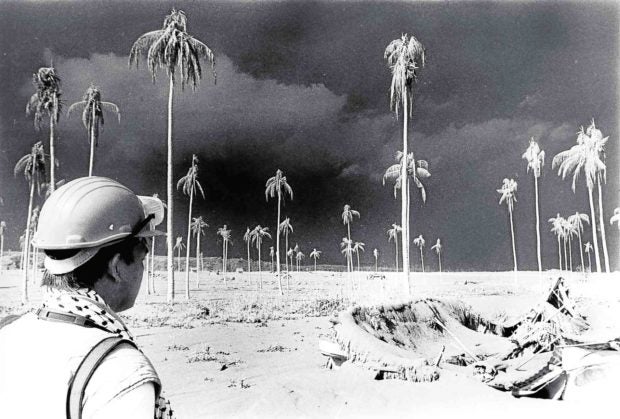 GRAY LANDSCAPE A journalist surveys the devastation caused by the ashfall from Mt. Pinatubo following a series of eruptions on June 14, 1991, in Botolan town, Zambales province. INQUIRER FILE PHOTO

“The DENR has so far planted a variety of seedlings in about 100 ha. They are preparing to plant 30,000 more seedlings,” Sarmiento said.

DENR records show that the government had no NGP projects in the indigenous communities around Mt. Pinatubo, but NGOs and civic groups are helping the Aeta revive the forests, she said.

She cited Rotary Club of Makati, which has been helping the Lakas members in a two-year reforestation project around Mt. Pinatubo.

“This reforestation project involves planting of different varieties of seedlings, mostly native and indigenous,” she said.