Standing by its decision to suspend all projects of the Tourism Promotions Board (TPB) related to the controversial “Buhay Carinderia” program, the Department of Tourism (DOT) said it has not approved of any new event or program under it.

“Given the suspension of the program, and pending its review by the COA (Commission on Audit), any activities of the private proponent of Buhay Carinderia at this point are not sanctioned by the DOT and should not in any way be considered as connected to the department,” Tourism Secretary Bernadette Romulo-Puyat said in a statement on Friday.

DOT’s statement was a response to the reported activities of Buhay Carinderia’s North Luzon Roadshow.  On its Facebook page, Buhay Carinderia posted an invitation to an event set for June 29 in Vigan City, Ilocos Sur. 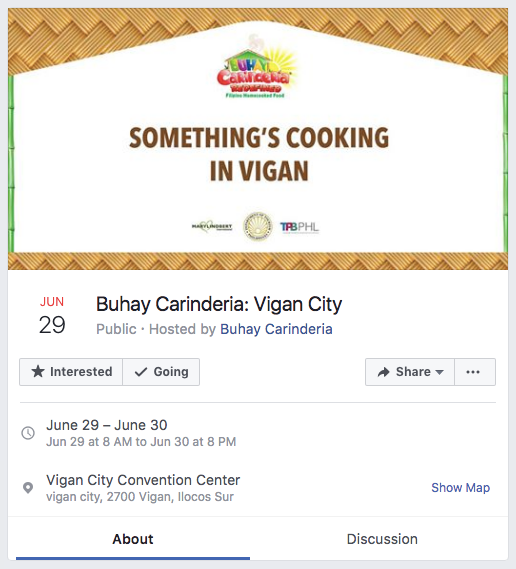 “DOT has not disbursed any further funds since the suspension,” Puyat said.

The department cited a memorandum issued on May 18, 2018, where Puyat ordered the “suspension of the implementation of all TPB projects” subject to her review.

Corruption issues have recently plagued the DOT and TPB.  Shortly after replacing former Secretary Wanda Teo who resigned due to allegations of conflict of interest with an ad placement issue, Puyat suspended the “Buhay Carinderia” program.

According to the DOT, Puyat’s move came after it was reported that the agency has paid P80 million in checks even if the project was not yet completed.  Days after, former TPB Chief Cesar Montano voluntarily resigned.

Puyat added that the department will take steps to address the issue.

“DOT will verify reports and will take appropriate steps, including formally informing other party about DOT’s actions,” she said.   /muf