China has given more ‘fish’ to PH, says development expert 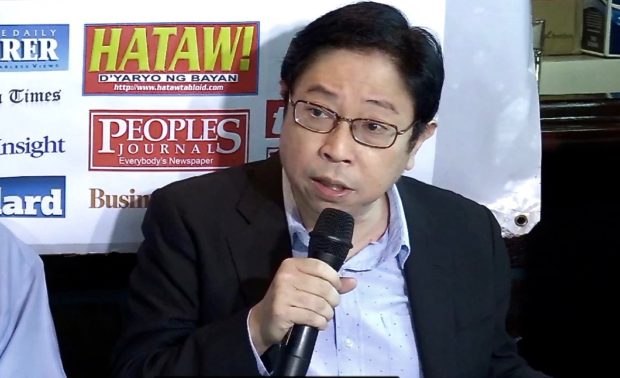 Despite the ongoing dispute in the West Philippine Sea, China has given more ‘fish’ to the Philippines compared to other countries, said George Siy, head of the Integrated Development Studies Institute.

According to Siy, at least a hundred million dollars of China loans for the Philippines have been waived under the current administration.

“Over a hundred million dollars have been waived in terms of the loans [for] the NorthRail [project],” he said Wednesday during the Kapihan sa Manila Bay forum.

“Investments are also coming in,” he added. “Aside from the pledges from China, nagkaron ng open shop. So itong dependent or inter-dependent policy ay nagkaron ng competition sa Japan.”

He said 17 out of 23 boundary disputes involving China have been resolved through continuous talks between countries.

Siy compared the relations between the Philippines and China to that of a husband and wife who sometimes quarrel but unite when it comes to protecting their children.

“Maski na may away tayo, let’s say mag asawa tayo, and we have things that we don’t agree on, we continue to take care of the children,” he added. /ee