Outrage over killing of 3rd priest in Luzon | Inquirer News

Outrage over killing of 3rd priest in Luzon 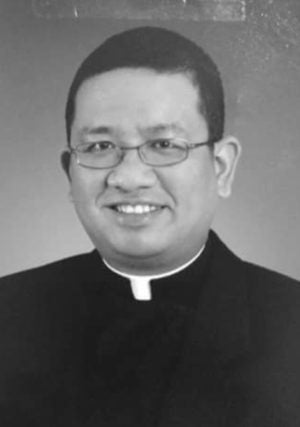 ZARAGOZA, Nueva Ecija — Isabelita Paraton was seated in the third row at Nuestra Señora de la Nieve Chapel, a few meters from the altar, when Fr. Richmond Nilo stepped out to start the 6 p.m. Mass on Sunday at Barangay Mayamot here.

Around 50 parishioners waited for the 44-year-old priest while he fixed his garments.

Then chaos erupted as shots rang out.

The churchgoers found Nilo’s bloodied body lying on the floor, near a tarpaulin sign bearing the lyrics of the Mass hymn “Papuri sa Diyos” (Glory to God).

“Father Nilo walked to the altar and was just standing there when shots were fired. We did not see who fired a gun because we all dropped to our knees in fright,” said Paraton, Mayamot village chair.

Ventura, 37, was murdered after celebrating Mass in Gattaran town, Cagayan province, on April 29. Paez, 72, was killed in an ambush on Dec. 5, 2017, in Jaen town, Nueva Ecija province.

Nilo was president of the College of the Immaculate Conception in Cabanatuan City before he was given the Zaragoza assignment. He also served as financial administrator of the Diocese of Cabanatuan.

The diocese condemned the murder and the “escalating violence and culture of impunity in the country, even against helpless clergymen.”

“No priest, and no human being for that matter, deserves to be killed with utter brutality, disrespect and impunity,” Cabanatuan Bishop Sofronio Bancud said in a statement.

“Priests, however imperfect, are God’s gifts to His Church and we are duty-bound to respect them as ambassadors for Christ,” Bancud said.

“To kill a priest then for whatever motive or cause is not only unchristian and inhuman; it is also un-Filipino,” he added.

In Malacañang, presidential spokesperson Harry Roque said the culture of impunity had become a problem even before President Duterte came to power.

Asked whether President Rodrigo Duterte’s criticisms of the Church could have encouraged some people to kill priests, Roque said there was no “empirical basis” for this.

He said the administration would give top priority to the investigation of Nilo’s death.

“[I]f you kill a priest, you are not only violating the right to life but the right to practice one’s faith,” Roque said at a press briefing on Monday.

Albayalde maintained that the attacks on the three priests should be treated as isolated incidents.

“But this is the first time that I encountered someone shot at the altar. We cannot understand why,” he said, referring to Nilo.

The Catholic Bishops’ Conference of the Philippines (CBCP) also expressed alarm over the spate of killings of priests.

“We are deeply saddened and terribly disturbed that another priest was brutally killed . . . We strongly condemn this outrageously evil act,” said the CBCP president, Davao Archbishop Romulo Valles.

Valles appealed to the police to find Nilo’s killers.

Cubao Bishop Honesto Ongtioco said the killing of priests in the country would not stop the Church from speaking the truth and proclaiming the Gospel.

“St. Paul was behind bars and was chained but continued his proclamation of the good news,” Ongtioco said.

Witnesses said the gunmen might have shot Nilo through the grilled chapel window.

Paraton described the priest as “kind, playful and cheerful.”

He had been helping people by donating vegetable seeds and farm animals, said Nacita Tagasa, 60, leader of the Barangay Pastoral Council at neighboring Barangay Macarse.

Chief Supt. Amador Corpus, Central Luzon police director who examined the crime scene on Sunday night, could not say if priests were being targeted, given that Nilo did not appear to have any political leanings.

The administration drew flak from priests and netizens recently when the President linked Ventura’s death to an illicit affair during a talk in Cebu province.

Reynon, who had been implicated in the 2014 murder of a village councilman, was caught hiding in Baggao town, Cagayan, shortly after Ventura’s murder.

Police, however, have yet to arrest those who hired Reynon to kill the priest.

Opposition members of the House of Representatives have condemned the murder of Nilo.