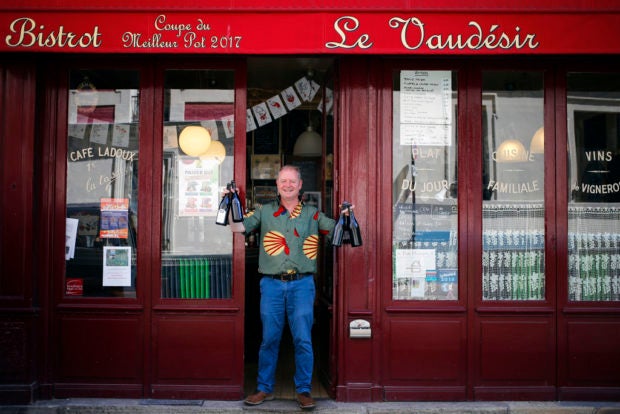 In this photo taken on June 7, 2018, Pierre-Christophe Hantz poses in front of his restaurant, Le Vaudesir, in Paris, France. AP

PARIS — Paris’ bistros and terrace cafes have launched a campaign to be recognized by the United Nations’ cultural agency as a French way of life they consider endangered.

They said Monday Paris bistros are threatened by increasing rents and competition from lounge bars, fast food and more expensive restaurants — and their number has halved in the past 20 years.

They argue bistros play a key role in bringing people of all origins, religions, social classes and age together in a cheap, open place to drink a coffee or share a meal.

The association hopes to see its candidacy examined next year by UNESCO.