‘Lolo’ Duterte may be absent on apo’s birthday 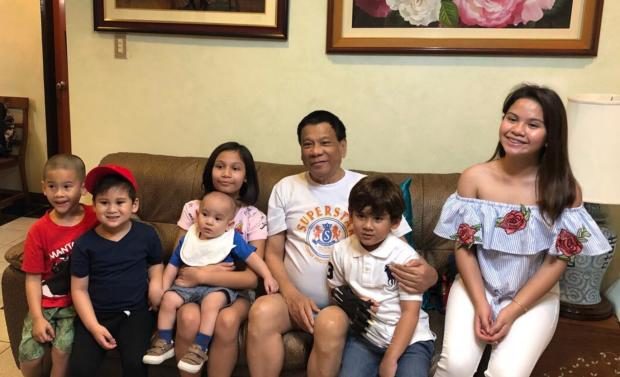 DAVAO CITY – President Duterte might not be able to catch up with Monday’s birthday celebration for Yair, his grandson by his son Sebastian, as he was scheduled to preside over the Cabinet meeting scheduled on the same day.

It would be the first time for the President to miss Yair’s birthday celebration if he would not be able to come home.

Mayor Sara Duterte said they were not sure if her father would be able to come home and attend Yair’s birthday celebration here.

“I’m not really sure about it,” Sara told the Inquirer.

Yair is Sebastian’s son with former model Kate Necessario and is known to be very close to the President.

He also had two other events lined up in Luzon on Tuesday, starting at 8 a.m. ALLAN NAWAL