PNP to stop presenting crime suspects to the media 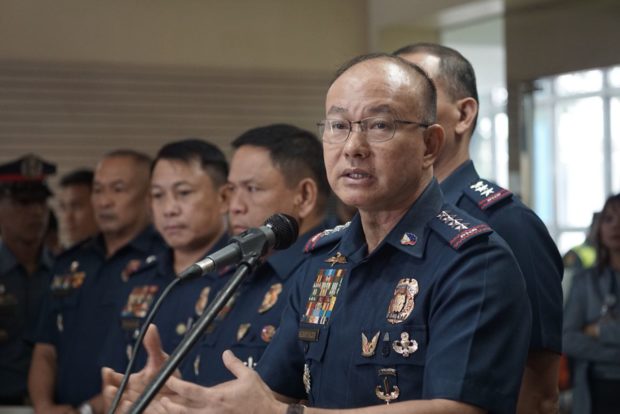 The Philippine National Police (PNP) announced plans to stop the practice of parading suspects in alleged criminal cases before the media,  discontinuing a long-abandoned practice that was resumed under the Duterte administration.

Police chief Dir. Gen. Oscar D. Albayalde said Monday that this is part of the PNP’s efforts to observe due process.

“We just want to implement the policy that no suspects, even common criminals, will be paraded before the media, because we already have a long-standing policy about this,” Albayalde said in Filipino when asked why arrested suspects in police operations were not presented during Monday’s regular press briefing.

In 2008, the PNP, under its former chief Dir. Gen. Jesus Versoza, stopped the practice of parading the crime suspects to the media in response to the opinion of then-Commission on Human Rights (CHR) chair Leila de Lima that such practice violates the suspects’ basic right to due process.

PNP spokesperson Senior Supt. Benigno Durana Jr. said the policy against the practice “upholds and promotes the constitutional and human rights” of suspects while balancing it with the public’s right to information.

“We can be tough on crime while upholding the rule of law,” Durana said in a text message to reporters. /ee