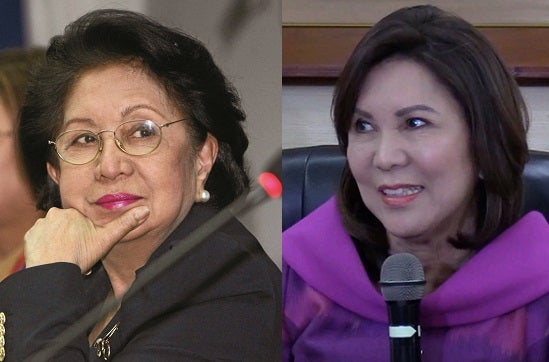 Asked in a television interview who the officials were, Morales said among those under investigation was resigned Tourism Secretary Wanda Teo.

“Teo, among others,” the outgoing Ombudsman said over CNN Philippines.

“I will again get the ire of some people, but that’s what we did. (There were) others but I’m not going to reveal them now,” she said.

Teo resigned as Tourism chief after being embroiled in a controversy involving P60 million worth of advertising funds that were reportedly allocated to her brothers’ television show “Kilos Pronto.”

The former Tourism chief was accused of conflict of interest and was urged by critics of the government to resign out of delicadeza.

Teo denied all of the accusations, stressing that there was no conflict of interest and that it was People’s Television Network Inc. that placed the funds on her brothers’ television program. /cbb