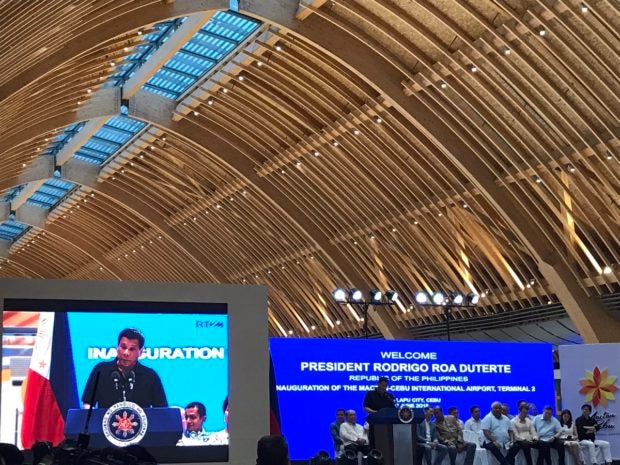 Duterte said he was “proud” to join Cebuanos in inaugurating the P17.5-billion facility. He added that  he was “awed” and “jealous” as he was mayor of Davao for 23 years.

“Davaoenos would have also wanted an airport as beautiful as yours,” he said in his speech.

The President arrived  at the international arrivals area of the Terminal 2 building at around 5 p.m. He later led the unveiling of the marker of the new passenger terminal.

At the inauguration of Mactan Cebu International Airport Terminal 2, which will bring Cebu airport's capacity from 4.5M to 12.5M per year pic.twitter.com/mOYSW6jMdS