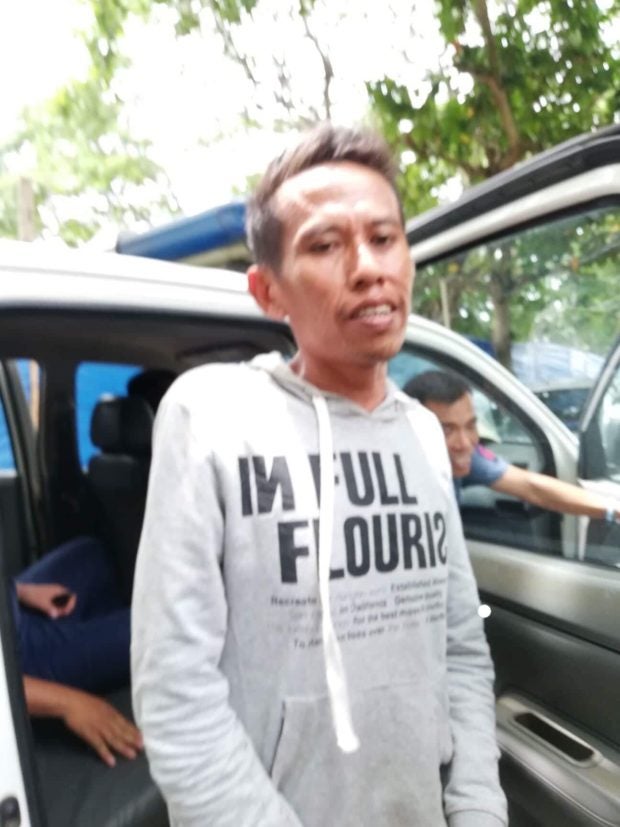 TAGBILARAN CITY, Bohol – For harboring a criminal, Bernido Tuso Betago was charged  before the provincial prosecutor’s office on Thursday.

Betago, 38, was the habal-habal (motorcycle for rent) driver whom gun-for-hire Emigdio Aparece, Jr. commissioned as his driver while hiding in Danao town in Bohol province.

SPO3 Ramiel Gumapac, officer-in-charge of the Danao Police Station, said Betago was arrested at 2 a.m. on Wednesday in Barangay Poblacion in Danao.

Another suspected associate and friend identified only as Gerson Socorin was able to escape.

Gumapac said Betago was identified by some witnesses and based on the phone recovered from Aparece.

The nipa hut , according to Betago, was used as resting place after they tend the farm.

He said he had no involvement in the criminal activities of Aparece.

He said he drove Aparece only twice and that the latter paid for his services as a habal-habal driver.

He also said he took Aparece to Sagbayan Public Market to buy food. He also drove Aparece to Sitio Sta. Anna the night before Aparece was killed.

A gunman at age 14, Aparece was killed at 2:45 a.m. last Wednesday inside the nipa hut during a firefight when he fired at the police who served the warrant for his arrest.

Aparece, who was tagged in the killing of 11 persons and in five frustrated murder cases,  was one of the suspects in the killing of Buenavista, Bohol Mayor Ronald Lowell “Sample” Tirol last May 27 inside the cockpit area. He served as the look-out, while another gun for hire Elmer Melencion was  the hitman.