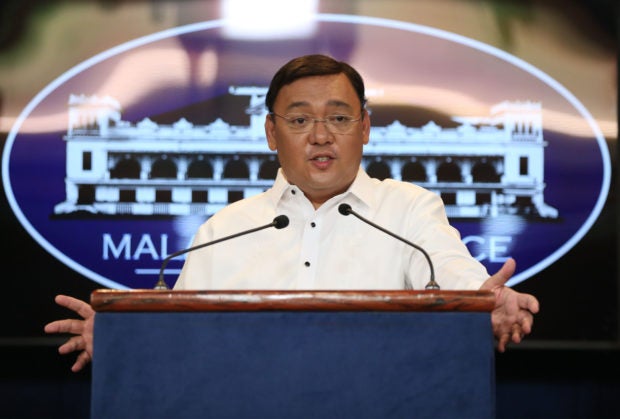 There are no ongoing discussions to declare a nationwide martial law, Malacañang said onThursday, after President Rodrigo Duterte warned there would be “radical changes” in the country’s public order and security in the coming days.

Presidential Spokesperson Harry Roque said there would be “serious efforts” to stop the recent spate of criminality in the Philippines but declaring a nationwide martial law was not an option for now.

“No, martial law is [in] Mindanao,” Roque said when asked if expanding the coverage of martial law in Mindanao to the whole country has been discussed with the President.

In September 2016, Duterte signed a proclamation putting the Philippines under a state of emergency on account of lawless violence.

In his media briefing on Tuesday night upon arrival from a three-day official trip from Seoul, South Korea, Duterte said he might declare a state of national emergency to solve the rampant criminality in the country.