Majority of women in charge of new Spanish government 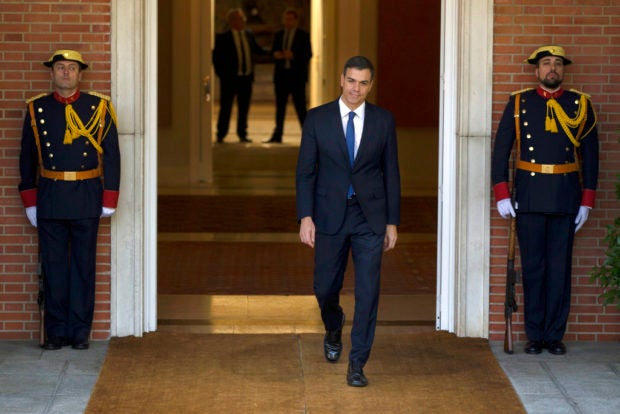 MADRID — A female-dominated cabinet is taking shape as part of the new Socialist government, which is choosing a former astronaut as science minister and a European Union bureaucrat to oversee the country’s economy.

Nadia Calvino, who has been director general for budget at the EU’s Commission since 2014, was confirmed as the minister in charge of the eurozone’s fourth largest economy, Spain’s private agency Europa Press reported.

The agency said that Dolores Delgado, until now the top anti-terrorism prosecutor in the country, would be appointed as minister of justice, Isabel Celaa as education minister, and Magdalena Valerio in charge of labor issues.

Pedro Sanchez, Spain’s new prime minister, is expected to convey the appointments to King Felipe VI on Wednesday before the new ministers can take their positions on Thursday.