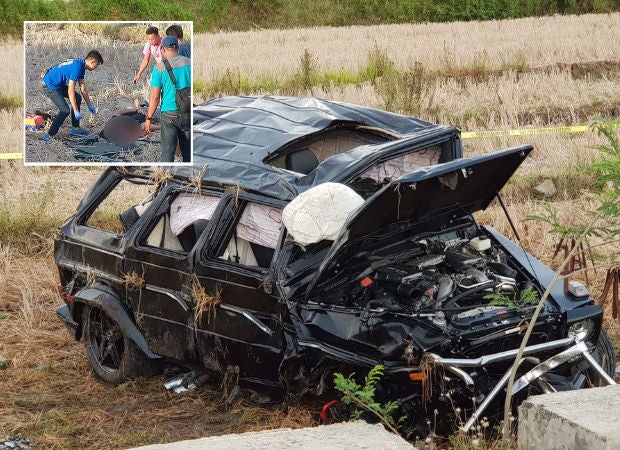 LAOAG CITY- Laoag Vice Mayor Michael Fariñas was killed in a car crash on Wednesday afternoon (June 6) after he tried to negotiate a sharp curve at top speed along a bypass road in Vira village, police said.

Witnesses said they saw a black Mercedes Benz speeding towards the north when it swerved towards the rice fields as soon as it approached the road curve.

SPO3 Melchor Geronimo, Fariñas’ security detail, survived the 5 p.m. accident. Unlike the vice mayor, the policeman had strapped on his seatbelt.

The vice mayor was rushed to the Gov. Roque B. Ablan Sr. Memorial Hospital but his attending physician pronounced him dead on arrival.

Investigators are examining the vehicle and the road to determine what caused the accident.

The vice mayor’s widow is Laoag Mayor Chevylle Fariñas who has not yet issued a statement. He was the nephew of House Majority Floor Leader Rodolfo Fariñas Sr.