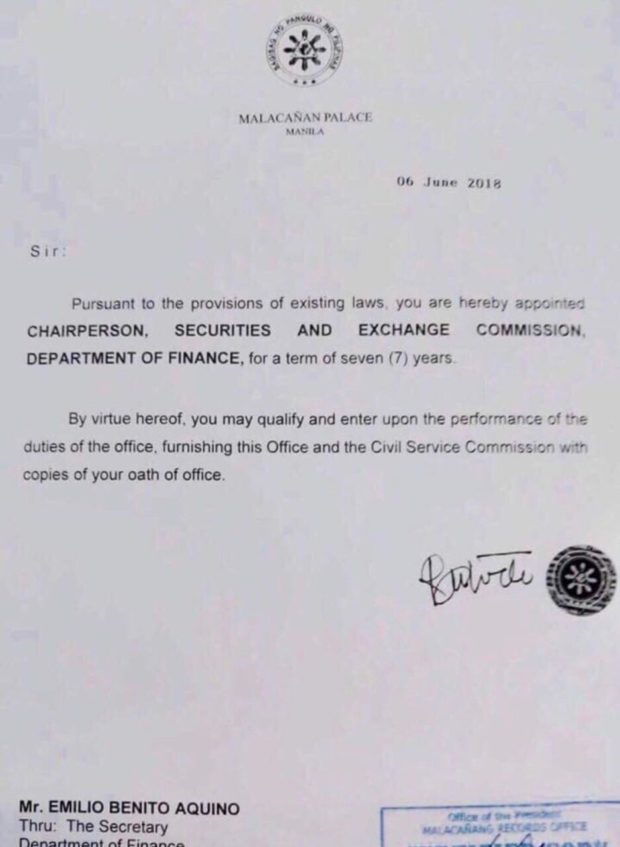 The Securities and Exchange Commission (SEC) has a new chairman — Emilio B. Aquino, concurrent commissioner at the corporate regulator, highly-placed sources told the Inquirer Wednesday.

President Rodrigo Duterte appointed Aquino to the SEC in December 2016 as supervising Commissioner on enforcement, human resource and administration.

According to his profile on the SEC’s website, Aquino was a Western Mindanao-based certified public accountant (CPA)-lawyer. He also taught commercial law subjects at the Ateneo del Zamboanga and Western Mindanao State University law schools.

“He placed 16th in the 1992 bar exams. Under a government scholarship, he earned a Master’s degree in Public Management at the Development Academy of the Philippines, graduating at the top of his class. He was also sent to the University of Sydney in Australia where he was conferred a certificate of study for a short course in effective governance. He completed the Management (AIM) in 2002,” it added.  /vvp