Duterte apologizes to Kris Aquino: ‘We are sorry for the incident’ | Inquirer News
Close
menu
search

Duterte apologizes to Kris Aquino: ‘We are sorry for the incident’ 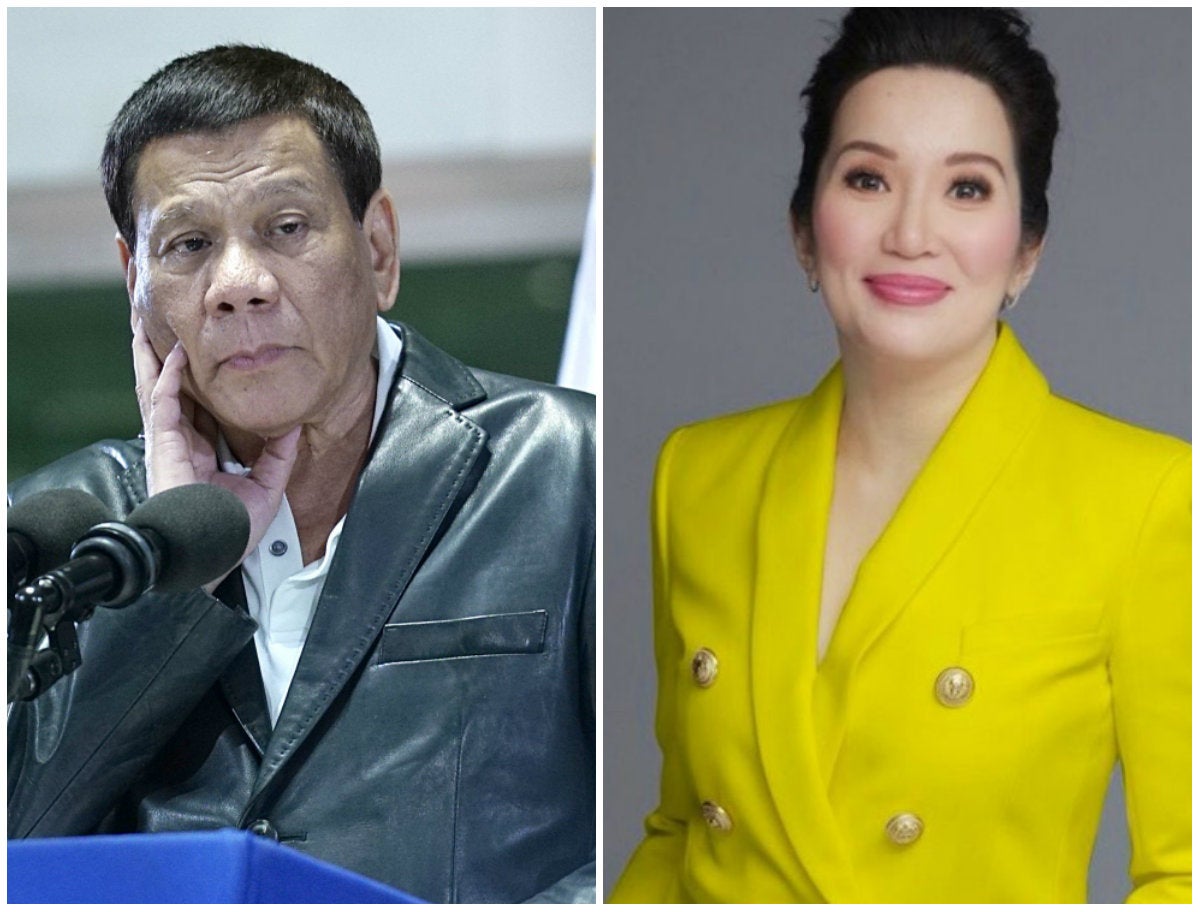 “Kris reached out to me and we conveyed our apologies for the incident concerning her and Mocha,”  Go said in a press briefing in Malacañang. “We understand the emotions of both sides since both leaders are well-respected and loved.”

Go said Aquino first texted him on Tuesday night around 8 p.m., airing her concern regarding Uson’s criticisms on social media against the actress’ parents.

But Go said he was still on his way back to the Philippines from Seoul, South Korea around that time. Aquino again texted Go at about 1 a.m.

Go said he informed the President on Tuesday night about the remarks of Aquino on Uson.

“Sabihin mo (Tell her), ‘We are sorry for the incident,'” Go quoted Duterte as saying.

“Bong, this is Kris Aquino. I’m personally reaching out. We have been friends and my heart wants to believe you still have a soft spot for me. I will understand if you snub me. Sino ba naman ako; pero sinaktan talaga ako sa ginawa ni Mocha. Alam mo never ako nagsalita, nagpost or naringgan ng anything against PRRD dahil marunong akong rumespeto. Sana Bong ‘wag lang ang mom at dad ko. Nananahimik na sila sa langit. Please,” he quoted Aquino’s text message to him.

(Who am I? But I was really hurt with what Mocha did. You know I never spoke, posted, or hinted about anything against PRRD because I know how to respect others. I wish to leave my mom and dad out of this. They are resting peace. Please.)

Go said Mocha has agreed to put the issue to rest. He said Uson will soon issue a public apology.

“Nag-usap kami ni Mocha at nagkasundo na tapusin na ang isyu na ito (Mocha and I have talked and agreed to end this issue),” he said. “She will apologize.”

“We agreed to put this issue to rest out of respect to all our fellow Filipinos,” he added.

Go said that “politics should not divide us.”

(Instead of fighting, let’s just help each other for the betterment of our country.)

Aquino on Tuesday night castigated Uson on social media for criticizing her father, the late Sen. Benigno “Ninoy” Aquino Jr., in a bid to defend Duterte over the President’s controversial kiss with a married Filipina in Seoul.

Uson, in her Facebook page, uploaded a video of the late Senator Aquino being kissed by his supporters inside a plane after a self-imposed exile.

Uson compared this to the President’s controversial kiss with the Filipina.

Go said Uson just wanted to say that both leaders were “well-loved and “well respected.” /je