Qantas bends to Beijing by describing Taiwan as Chinese 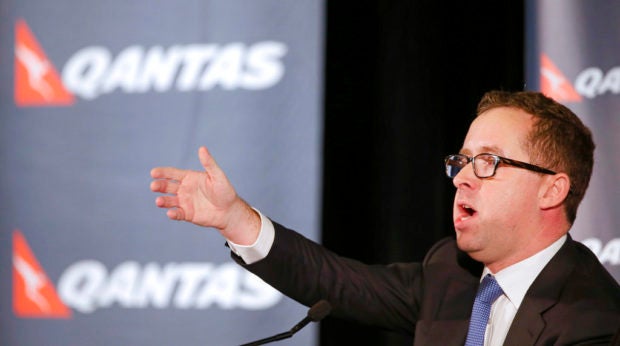 Qantas chief executive Alan Joyce said Monday that Australia’s flag carrier airline was in the process of changing its website after China’s aviation regulator in April issued a May 25 deadline to more than 40 airlines to make the change.

Foreign Minister Julie Bishop has reiterated her concerns about Beijing’s request for airlines to no longer refer to Taiwan as an independent country, but noted that Qantas was free to make its own corporate decisions.

“Private companies should be free to conduct their usual business operations free from political pressure of governments,” Bishop said in a statement.

“The decision of how Qantas structures its website is a matter for the company,” she added.

While many airlines quickly complied, Qantas and some American airlines including Delta and United Airlines missed the deadline.

Qantas was given an extension of time to make the changes, which have previously been blasted by the White House as “Orwellian nonsense.”

“Our intention is to meet the requirements. It’s just taking time to get there,” Joyce told reporters at the International Air Transport Association annual meeting in Sydney.

In Beijing, the foreign ministry dismissed Bishop’s concerns, saying all companies doing business in China should respect the government’s “One China” principle, which states that Taiwan is a part of China.

“When it comes to problems like this, it is definitely not a simple procedural or technical problem but a major political issue,” ministry spokeswoman Hua Chunying said at a regular briefing.

Hua said the requirement “is lawful and reasonable, and has nothing to do with so-called political interference or political pressure.”

The head of Qantas International Alison Webster said making the changes on the Qantas website was a complex task.

“This is not just a Qantas Airline, it’s a Qantas Group piece that needs to be adjusted — the IT and technology that underpins our websites and the connectivity takes time for us to get to grips with changes that need to be put into the programming stages of that,” she said.

Beijing has also pressured other multinational companies to change the way they refer to Taiwan, which is governed separately from China.

Qantas argues that the changes are in line with the Australian government’s One China Policy.

The spread of “Taiwan, China” on the drop-down menus and maps of airline websites represents another victory for China’s President Xi Jinping and his ruling Communist Party’s nationalistic effort to force foreign companies to conform to their geopolitical vision, even in operations outside of China. Critics say China’s incremental push to leverage its economic power to forge new international norms — in this case regarding Taiwan’s status — creates worrying precedents. /ee