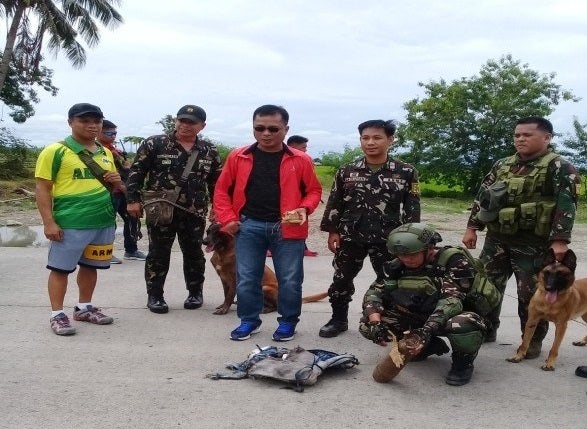 CAMP SIONGCO, Maguindanao – The military here on Sunday said a convoy carrying an Army general escaped a potential bomb attack Saturday when soldiers found and defused a powerful explosive planted by the roadside in Ampatuan town.

Major General Cirilito Sobejana, the newly-installed 6th Infantry Division commander, was in the convoy on his way to visit the Army’s 1st Mechanized Infantry Battalion when the bomb was found along the highway in Barangay Saniag in Ampatuan.

Sobejana and his escorts had to delay their trip as Army bomb experts deactivated the remote-controlled improvised explosive device (IED) fashioned from a 105-millimeter howitzer shell.

The general even supervised the deactivation of the bomb.

Sobejana said the IED could have targeted his convoy.

However, he said it could also maim civilians if it was prematurely detonated.

No one claimed responsibility for the foiled bombing, the third in the jurisdiction of the 6th ID in six days.

Earlier, bomb experts defused an IED in Tacurong City and five other explosives in Carmen town in North Cotabato. /cbb