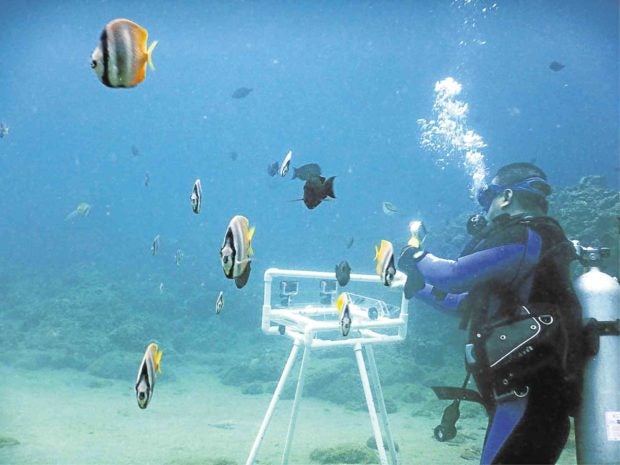 Mention science and people immediately imagine grim-faced savants in lab coats tinkering with serious-looking devices and coming up with formulas only they can comprehend.

“I think people’s concept of science is that it’s done in the ivory tower of academe (and) that its output doesn’t really translate into something that the public feels is good for them,” said University of the Philippines (UP) vice president for academic affairs Maria Cynthia Rose Bautista.

“Our mission is to stress the importance of science,” she added.

On June 20, the UP system and the Department of Science and Technology (DOST) will do just that in the first Agham Bayan, a science, technology and innovation festival at the Philippine International Convention Center in Manila, where 44 pioneering researches and innovations will be highlighted.

The one-day festival celebrates the scientific projects and accomplishments of the university’s scientific community that are relevant to improving daily life, Bautista said during Agham Bayan’s launch this week.

“We’d like to share with the public the fruits of science, scientific research that translates into innovations and technology … that are for the public good,” Bautista said. “We want to say that science is really for the people,” she added.

“Nararamdaman (nga) ba ni Juan ang agham? (Does Juan get anything out of science?)” asked DOST’s deputy executive director for research and development Dr. Edwin Villar. “(The festival) will show what has happened to the billions of pesos in investment that the DOST has made to UP,” he added.

“Filipino scientists are capable of coming up with products that have potential use (for ordinary folk),” said UP vice chancellor for research and development Fidel Nemenzo. The challenge, he said, is to communicate the value of science being done in their laboratories.

The innovations to be showcased at the Agham Fest are as diverse as the needs they seek to address.

Ever heard of a machine that can conduct a quick census of fish under the ocean? How about a device that can detect, measure and warn of possible landslides in real time, or a machine that creates a hazard map for floods and other disasters? What about a “laboratory in a mug,” which prevents dengue?  Or protein-enriched copra meat used as animal feed?  Who wouldn’t welcome a tablet made from the herb sambong (Blumea balsamifera) that can combat urinary track infections?

Featured during the launch was the Disaster Risk and Exposure Assessment for Mitigation (Dream program) led by Dr. Enrico Paringit and considered one of the DOST’S biggest projects.

In 2012, Paringit, former chair of the Department of Geodetic Engineering, launched the project that would later be called Ligtas 3, or Lidar Integration for Geo-environmental Assessment for Safety, Security and Sustainability.

The technology was envisioned to develop 3D maps and images as well as flood models of the country’s 18 major river basins, watershed areas and other flood-prone areas. Lidar is considered one of the most extensive mapping systems in Southeast Asia, and has so far covered two-thirds of the country’s river systems.

The project, which can also be tapped by private organizations through a memorandum of agreement with UP, can be used in forest inventory, environmental monitoring, infrastructure planning, archaeological surveys, agricultural assessment and government revenue management, said professor and geodetic engineer Louie Balicanta.

The Department of Public Works and Highways also uses the project to minimize the cost of infrastructure projects. Paringit said it can also monitor corruption because it can tell if the correct volume of materials for a project was delivered.

Another significant innovation presented at the Agham Fest launch is a newborn screening program that enables doctors to detect congenital conditions early.

Conducted by a team led by UP Manila chancellor Dr. Carmencita David-Padilla, the 1996 study became the basis for the legislation of Republic Act No. 9288, or the Newborn Screening Act of 2004.

The study eventually led to more than 120,000 babies being saved from mental retardation and other metabolic conditions, Padilla said.  It also meant a savings of P593 million every year for the country, she added.

“From research, we should move to policy, then to (practical applications) by ordinary people,” Padilla said.

Since December 2014, experts have identified 28 conditions among babies that can be detected through early screening. Padilla said they were pushing for PhilHealth’s 100-percent coverage of these conditions as the government agency covers only six under its newborn screening package.

Inspired by an undergraduate research in 2007, professor Mark Zarco and Dr. Joel Marciano developed the UP Senslope, an early-warning landslide sensor and data communications system that monitors deep-seated landslides (20-meter to 40-meter slope), like the Guinsaugon landslide in Southern Leyte, based on tilt and soil moisture.

The technology, which aims to reduce the impact of landslides, is currently deployed in 50 locations in the Philippines, including Barangay Baras in Samar province, and La Trinidad, Benguet province, and warns communities in landside prone-areas to evacuate, said project lead Earl Gonzales.

Senslope, which can alert the public and the National Disaster Risk Reduction and Management Council in an hour, uses a wireless sensor network technology.

Among schools that have no lab equipment—some 60 percent all over the country—the Versatile Instrumentation System for Science and Education Research (Visser) lab set is heaven sent.

Professor Giovanni Tapang and Dr. Rommel Gomez developed the Visser, a research-grade laboratory, to help high school students develop their interest in science, and address the lack of laboratory equipment and teaching modules in the country’s public school system.

Tapang said they now have an existing partnership with the Department of Education, and had started the project at the Philippine Science High School in Quezon City.

The Visser handheld sensor can function as a timer, ruler, weighing scale, digital thermometer, barometer, camera, and audio recorder, among other functions.

Each package, which costs around P40,000, comes with 30 sensors and setups like a temperature sensor, pH probe, ammeter, voltmeter, Beer’s Law and turbidity instrument helpful for students studying biology, physics, chemistry and engineering.

The technology, invented by Dr. Prospero Naval of the Department of Computer Science, and Dr. Laura David of the Marine Science Institute to help assess the health of marine reef environments, reduces the need for the manual counting of fishes by divers by providing an automated fish census.

Naval said the Fish-I technology hopes to count fishes in 1,800 marine-protected areas where there are no-fishing zones. The technology can solve the problem of having a limited number of fish experts, correctly identify the species of individual fishes, and estimate their size though a Fish-I software.

Naval said they hope Fish-I will be used as the standard protocol for monitoring fish biodiversity and reef health, not just in the Philippines but also globally.

So far, the five-member Fish-I team has collected data from more than 40 sites, including Tubbataha.

Also to be showcased in Agham Fest are the Diwata 1 and 2 microsatellites: the first Filipino-built 50-kilogram class microsatellites for scientific and multispectral Earth observation; as well as health innovations like sambong tablets as antiurolithiasis and diuretic; health diagnostics for dengue like the Lab in the Mug, and the ACTICon biopesticide for banana plants.

“We have so many findings but not enough funding,” Dr. Laura Pham, a university researcher at the National Institute of Molecular Biology and Biotechnology at UP Los Baños, summing up the challenges faced by fellow Filipino scientists.

Such limitations have so far failed to stop her, however, from making her own contribution: Pham has completed a study of protein-enriched copra meal for the livestock and aquaculture industries.

“(You can see the lack of funding) not just in the infrastructure and facilities but also in our working conditions,” Pham said.