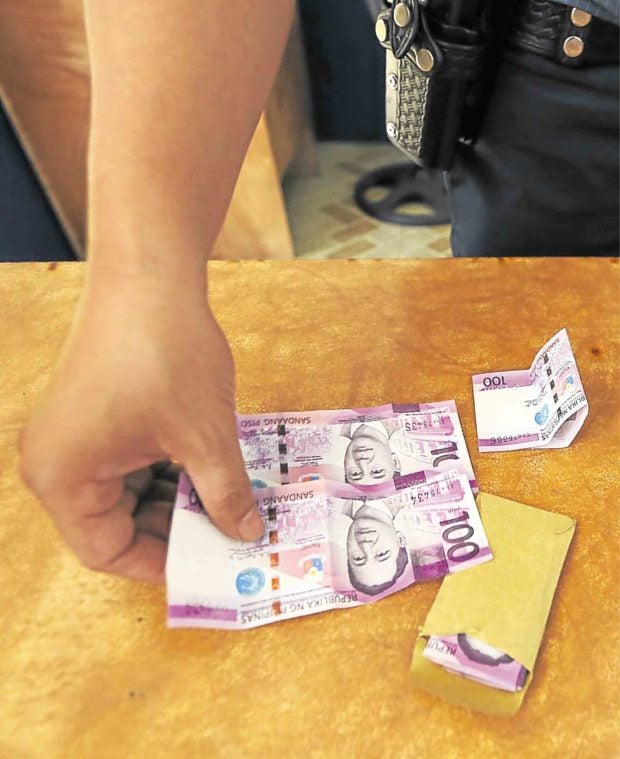 Voters show the money they received to vote for certain candidates during the May 14 village elections. —NIÑO JESUS ORBETA

PPCRV chair Rene Sarmiento said the adjustment was “long overdue” because the spending limit set more than two decades ago can no longer cover the current cost of mounting a campaign.

“Many changes had taken place since then. Prices of basic and less basic commodities and our population has risen astronomically, so has our voting population,” Sarmiento said.

“Time to review this anachronistic provision and make it realistic and responsive,” he added in a statement posted by the Catholic Bishops’ Conference of the Philippines.

He expressed support after the House of Representatives approved on Tuesday House Bill No. 7295, which adjusts the authorized campaign expenses to a “more realistic level.”

Independent candidates would be allowed to spend P40 for each voter, up from the current P5. The spending limit for political parties was also raised from P5 to P30.

But the Comelec was limited in taking action against candidates because the accounting of campaign expenditures does not cover expenses made before the election period.

The poll body, however, unseated Laguna Gov. Emilio Ramon Ejercito in 2013 after he was found to have exceeded the spending cap of around P4.6 million.