Sereno: Tijam has prejudged quo warranto petition against me 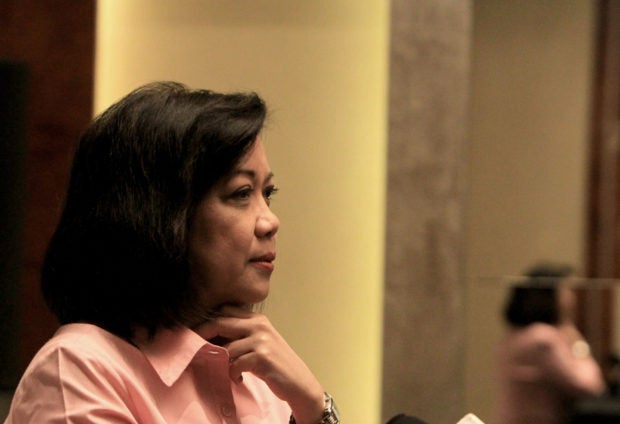 Sereno also questioned Tijam’s handling of the petition as member-in-charge, claiming that he had already made prejudgments against her.

In a statement issued on Saturday, Sereno noted that the footnotes of Tijam’s 153-page ponencia showed that the decision was already being drafted on March 15, four days before she submitted her comments on the petition.

“These show that Respondent never had a chance from the start. Justice Tijam had condemned Respondent before he heard her,” Sereno said in a statement on Saturday.

Sereno also mentioned a phone call by Tijam to the Judicial and Bar Council to inquire about Sereno’s case. But it was not used as an official evidence in the hearings. According to her, judges deciding on a case should not seek evidence — they should merely decide based on the evidence submitted.

“That the ponente made or caused such a call to be made is not allowed and shows prejudice,” Sereno said.

“If a judge who suggested to a party what evidence it should present was held to have ‘transgressed the boundaries of impartiality,’ with all the more reason should a Justice who motu proprio looked for and considered evidence which neither party submitted be held to have transgressed such bounds,” she added.

Sereno said the six justices had already shown their prejudices when they testified against her at the impeachment hearings of the House of Representatives.

All six also voted in favor of the quo warranto petition filed by Solicitor General Jose Calida for discrepancies on Sereno’s statement of assets, liabilities, and net worth (SALN). /atm