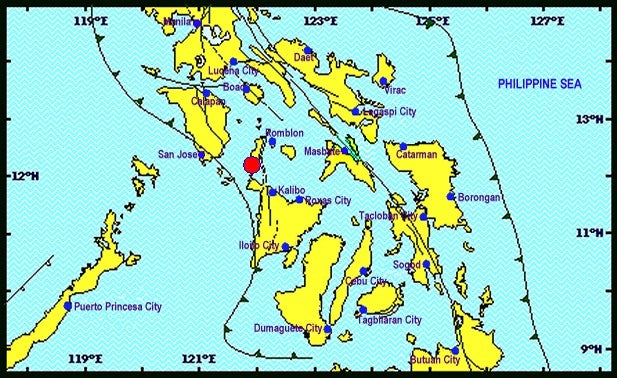 A magnitude 4.3 earthquake hit the province of Romblon on Saturday, the Philippine Institute of Volcanology and Seismology (Phivolcs) said.

A Phivolcs report showed that the quake affected the West of Santa Fe, Romblon at 5:28 a.m.

The Romblon quake also caused an Intensity 3 tremor in Malay, Aklan, and Intensity 1 in Ibajay, Aklan.

There was no damage reported neither aftershocks are to be expected, Phivolcs said.

Phivolcs added that the tremor, which was tectonic in origin, had a depth of 53 kilometers. /jpv