CHR chief: Time to push back 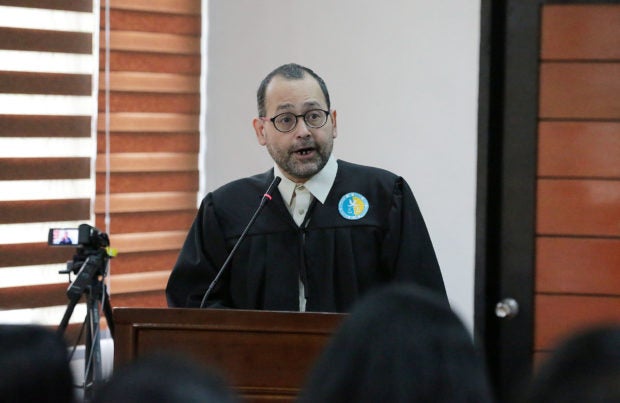 Commission on Human Rights (CHR) Chair Chito Gascon has called on people of the world to resist the global trend of “regression” in democratic spaces due to the rising popularity of so-called “strongmen” as leaders.

In an essay published on May 30 in Time magazine, Gascon expressed concern that the failure of citizens to act on the deteriorating state of democracy could lead to the dismantling of “constitutional guarantees” to rights and freedoms and “diminish democratic accountability.”

‘Stand up for justice’

The world needs a “direct and righteous rage” done in a “purposive and strategic” manner to stop today’s trend, the CHR chief said.

“Let us be emboldened by an unrelenting will to stand up for justice, and an undying faith in humanity’s capacity for good. If we do not struggle, we will not overcome. We must push back,” he said.

“If we are unable to ensure the respect, protection and fulfillment of human rights and fundamental freedoms of all—especially the poorest and the most marginalized—then the universal human rights project will indeed mean nothing,” Gascon said.

He said that while the world was set to mark the 70th anniversary of the Universal Declaration of Human Rights, its promise of providing citizens a protection mechanism from human rights abuses had been “broken around the world.”

Gascon cited how President Duterte’s “war on drugs” had allegedly trampled upon the people’s basic rights. Time listed Mr. Duterte as one of the world’s emerging “strongmen.”

“To date, no person has been held to account for any abuse of authority or human rights violations in these [war on drugs] deaths. Impunity—a reality in my country even before Duterte—has reached unprecedented levels,” he said.

The appeal of “strongmen” to citizens, Gascon said, is fueled by the public’s frustration over the inability of governments to make democracy work.

“[The leaders] pose a false choice, presenting … an alternative of greater safety, security and stability, in exchange for diminished freedoms,” he said.

“And that is how strongmen—perceived to be decisive, armed with populist rhetoric in a “post-truth” world, and ready to cut democratic corners—rise to power,” he added.