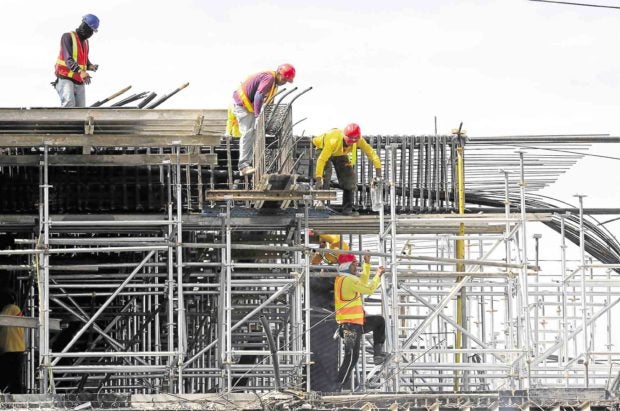 Over the last 12 years, buildings have been erected in the country using a weaker type of steel bars, and manufacturers and structural engineers have been hiding this fact from the public, a group of public safety advocates said on Thursday.

The group called on concerned government agencies to investigate what they alleged to be the deliberate concealment of the use of “quench-tempered” (QT) or “thermo-mechanically treated” (TMT) reinforcement steel bars, despite the prohibition against their use in high-rise buildings.

“We are exposing this as this is dangerous and economically debilitating for our country, with the fact that it has been kept secret from us. We believe we owe it to the public to inform them how dangerous this problem is,” said former Senator Nikki Coseteng, who has waged a campaign against the use of QT steel bars.

According to the former two-term senator, manufacturers have flooded the market with QT bars, which are supposedly cheaper to produce, to replace the “micro-alloy” types traditionally used in the country.

In his 2010 study, structural engineer Emilio Morales, a member of the group, said the National Structural Code clearly imposed limitations on the use of QT or TMT steel bars since these materials could not be subjected to bending, welding, threading or galvanizing.

“This poses a high risk when used in the construction of high-rise buildings and can submit to failure when subjected in the event of a high-intensity earthquake,” Morales said.

QT steel bars may be used only for low- to medium-rise buildings, and for “nonsensitive” structures such as fences, pigpens, or roads, he added.

Morales said manufacturers shifted to QT or TMT bars for these were cheaper to produce and did not require vanadium as an additive. “With QT rebars, what we normally get is one that may appear to be tough on the outside, but has actually weaker internal structure,” he said.

Coseteng urged the Department of Interior of Local Government to require all cities and municipalities to conduct an inventory of all existing high-rise buildings that have been built in the last 12 years.

She also assailed the Bureau of Product Standards for not informing the public about QT steel bars and not requiring tests on their durability.

Rodel Taton, a lawyer who heads the Consumer Union of the Philippines, said manufacturers and developers face criminal and civil liability for failure to disclose to the public the possible damage to be caused by their use of defective steel bars.

“We have joined this cause because we strongly believe that consumers have the right to be informed on the exact nature of the items we buy, and any concealment of any relevant information is violation of our rights as consumers,” Taton said.