What changed in the House's version of the BBL? | Inquirer News

What changed in the House’s version of the BBL? 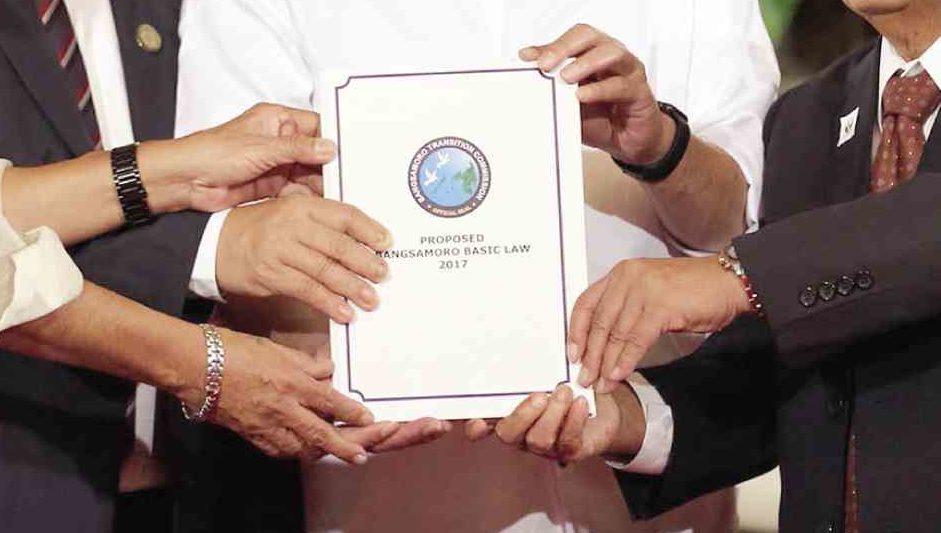 How different was the substitute Bangsamoro Basic Law that the House of Representatives passed on Wednesday instead of the version proposed by the Bangsamoro Transition Commission?

Lawmakers wary of constitutionality issues had their way, as House Bill No. 6475 retained the national government’s power over the law enforcement agencies, the administration of justice, and the functions of the constitutional commissions.

The final version of HB 6475 also halved the types of taxes that the autonomous government may collect and cut the “annual block grant” to five percent of the national internal revenue and customs collections, from the previous six percent.

At the same time, the House deleted the proposal for periodic plebiscites, a controversial provision that would have allowed the region’s repeated expansion over the next 25 years.

Congressmen did not make individual amendments at the plenary floor, and Majority Leader Rodolfo Fariñas substituted the BTC version—approved entirely at the committee level—with the substitute bill before voting on the measure on second and third reading.

Under HB 6475, the “reserved powers” that only the national government could exercise increased to 20, from the originally proposed nine.

These are powers over the financial and banking system, the armed forces, the national police, jail management, fire protection, the coast guard, elections, the administration of justice, quarantine, and certain transportation and communications matters, as well as the powers of the Supreme Court and the Ombudsman.

This meant that in the Bangsamoro, the abovementioned functions would still have to be performed by regional offices that are subordinate to the national agencies.

For instance, there would no longer be a Bangsamoro Electoral Code, a Bangsamoro Human Rights Commission, and a Bangsamoro Commission on Audit, because these are agencies created by the Constitution.

The bill no longer bestowed upon the Bangsamoro the “primary responsibility over public order and safety” over the area, because it would still be a national government function.

The number of concurrent powers, which are shared by the Bangsamoro region with the national government, increased to 21 from the previous 14.

The power over Islamic banking and the Shari’ah justice system have to be shared with the national government too, in recognition of the functions of the Bangko Sentral ng Pilipinas and the Supreme Court, respectively.

Exclusive powers—over which the Bangsamoro government has jurisdiction—were reduced to 43, from the 58 listed in the BTC version.

Most of the deleted exclusive powers became concurrent, except for the power over the financial and banking system that was retained by the national government.

The bill retained the provisions on fiscal autonomy, despite Deputy Speaker Rolando Andaya saying it would be unconstitutional and Congress has no power to bestow it.

But, the annual block grant, or the automatically appropriated share of the Bangsamoro government in the net national revenue and customs collection, was reduced to 5 percent, from 6 percent.

A new provision was also inserted stating that “the block grant shall be released based on development plans and programs and performance-based criteria as may be prescribed” by the Intergovernmental Fiscal Policy Board.

Stricken out of the passed bill were income tax levied on banks and other financial institutions, registration fees of vessels, tolls on bridges and roads, taxes and charges on agricultural and aquatic products as well as barangay enterprises and cooperatives, and excise taxes on items not enumerated in the National Internal Revenue Code.

Instead, the Bangsamoro government can levy only capital gains tax, documentary stamp tax, donor’s tax, estate tax, taxes and fees for passengers traveling to and from the Bangsamoro, and taxes the current ARMM is already allowed to impose.

The Special Development Fund to be provided by the national government for the rebuilding of conflict-afflicted communities was also halved.

The approved bill would only provide for a total of P50 billion to be allocated over 10 years, or P5 billion a year. The BTC had proposed the amount of P100 billion over 20 years.

The plebiscite to determine the extent of the Bangsamoro region would only be held once.

The BTC version had proposed that plebiscites be held every five years for the next 25 years if the measure is defeated in the municipalities that could be incorporated into the region.

Areas that could vote to join the region include the present ARMM, the cities of Cotabato and Isabela, six municipalities in Lanao del Norte (Baloi, Munai, Nunungan, Pantar, Tagoloan and Tangkal), 39 barangays in six municipalities in Cotabato province (Aleosan, Carmen, Kabacan, Midsayap, Pigkawayan and Pikit), and adjacent areas where at least 10 percent of voters petitioned to hold a vote.