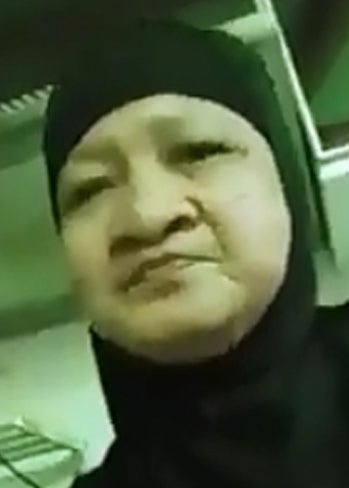 BACOLOD CITY — Her family had not heard of her since she left their home in Bacolod City, Negros Occidental province to work in Riyadh, Saudi Arabia for more than seven years.

Imagine their shock when they saw on Facebook a video of Yolanda Aniban Visitacion, 59, asking for help.

Rizza Mapa, OWWA Bacolod case officer, said their request for assistance had been endorsed to the Philippine Embassy in Riyadh.

She said their welfare officer in Riyadh sought the help of the Department of Foreign Affairs in locating her since Visitacion’s family had not had any contact with her for about seven years.

In the video, an anxious looking woman, who was wearing black hijab (headscarf) identified herself as Yolanda Aniban.

She said she had been working for her employer for about six to seven years to take care of her son who was now in Grade 4.

When she first started, the woman said the boy was just a baby.

She lamented that her female employer was “mata pobre (one who looks down on the poor) and often hit her with her hands and feet.

If other people would tell her employer that Visitacion looked healthy and was hard working, she would hit the Bacoleña when they got home.

Visitacion said her problem now was that she could not read and even tell the time since she was going blind in one eye while the eyesight in the other eye was blurring.

The video was posted by Jennifer Debaja Palomo, a member of OFW Public Service and Guidance advocate group and international correspondent of RMN Iloilo, three weeks ago.

Palomo, a native of Iloilo, who is now based in Hong Kong, wrote on her Facebook post that the children of Visitacion, did not even know if she was alive.

Visitacion had gone to Riyadh in 2008 as a seamstress but her family lost contact with her seven years ago.

The agency that brought Visitacion to Saudi Arabia had closed down, said Palomo.

It was also possible that Visitacion’s passport had already expired.

Palomo said in a phone interview that the video was taken with the help of a Filipina whom she identified as Eileen, when the company she worked for did catering work for the employer of Visitacion.

Eileen asked a friend to post the video of Visitacion but now appeared to be afraid to cooperate, Palomo said.