Six opposition senators on Wednesday sought an inquiry into allegations that there is “conflict of interest” in the award of P260 million worth of government contracts to the security agency owned by the family of Solicitor General Jose Calida.

In the resolution, the senators urged the Senate committee on civil service and government reorganization to look into the contracts awarded to Vigilant Investigative and Security Agency Inc. (Visai) by various government  agencies.

The resolution detailed that the security agency was owned entirely by Calida’s family, with the SolGen still owning 60 percent of shares as of September  29, 2016 or two months after he assumed office while his wife and three children owned the remaining 40 percent shares at 10 percent each.

It also cited a notification sent to the Securities and Exchange Commission (SEC) on July 14, 2016 that Calida’s wife, Milagros, was listed as president and chairperson of Visai. Meanwhile, their children – Josef and Michelle – were listed as vice president and corporate secretary; and treasurer, respectively.

“From August 2016 to January 2018, Visai won 14 government contracts, two of which were with the Department of Justice and amounted to P12.4 million and the nine of which were won after he assumed the position of Solicitor General,” the resolution stated. “So involved was the Solicitor General that nine of the Notices of Award on the Philippine Government Electronic Procurement System (Philgeps) website, he was listed as the contact to Visai.”

At the start of the 17th Congress, Calida’s security agency also clinched two contracts from the House of Representatives worth P96 million, according to the resolution.

The resolution added that other agencies that awarded contracts to the security agency include the National Economic Development Authority (P6.8 million) and the National Anti-Poverty Commission (P2.8 million).

“Considering that the Solicitor General acts and represents the Republic and its people before any court, tribunal, body or commission as the  ends of justice may require,  it is  of highest importance that the person occupying the  office remains beyond  reproach, acts in a manner that inspires confidence in the civil service and in the rule of law, and conducts himself with utmost integrity and decency,” it further said.

Trillanes heads the committee tasked to conduct the probe. /ee 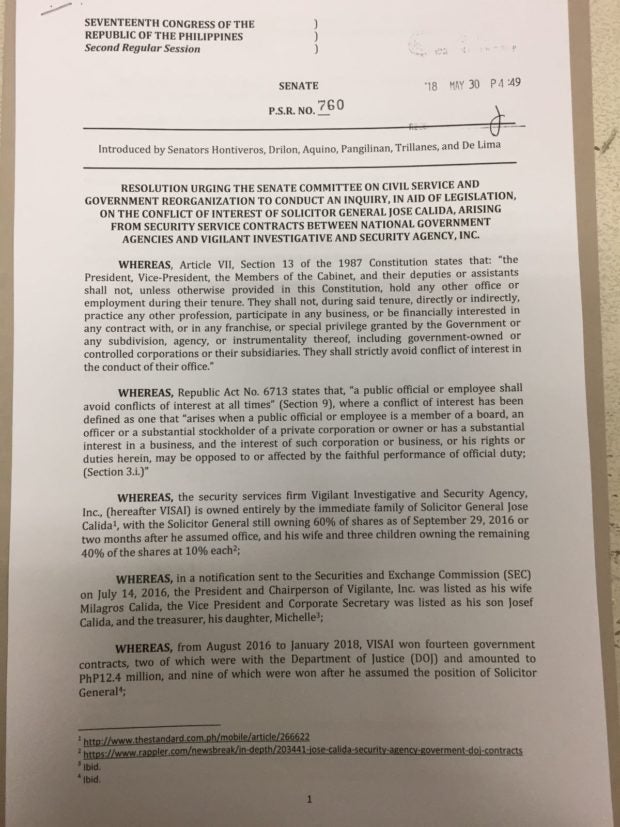 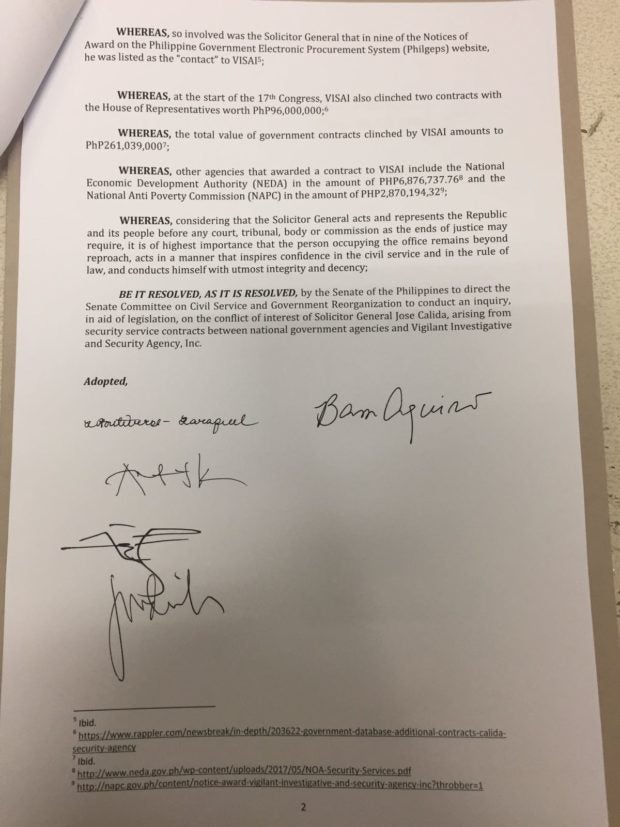 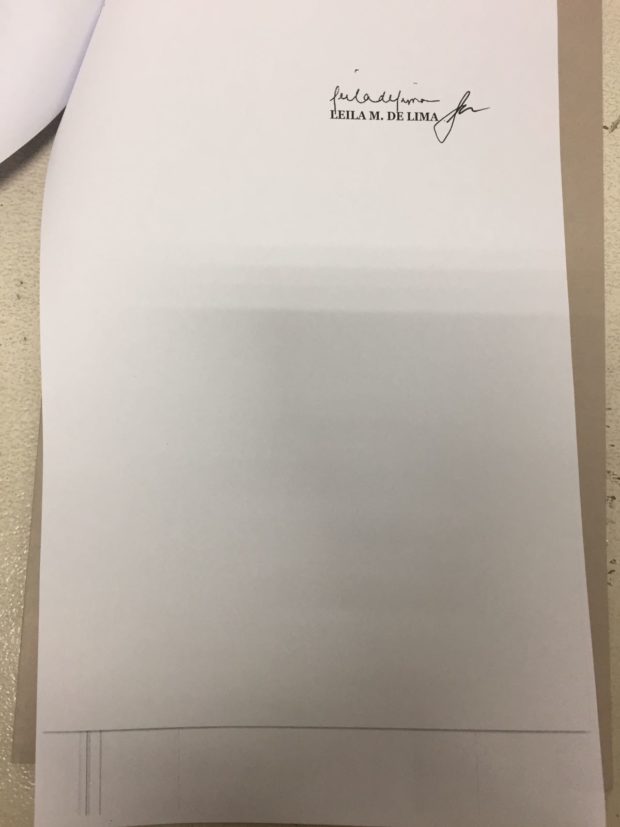