Duterte backs Calida: Why should I fire him? | Inquirer News
Close
menu
search

Duterte backs Calida: Why should I fire him? 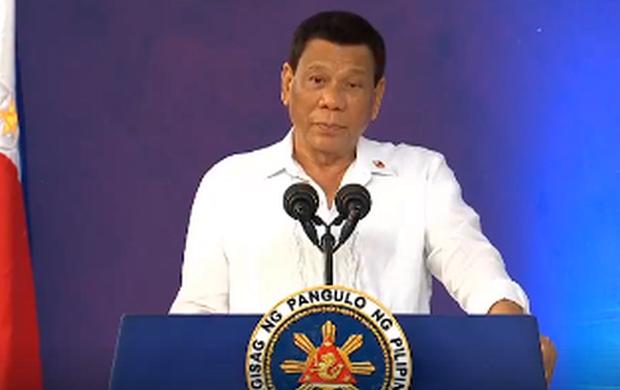 President Rodrigo Duterte speaks at the Bureau of Customs on Wednesday, May 30, 2017, after the destruction of smuggled luxury vehicles. (Photo from an RTVM video)

President Rodrigo Duterte defended on Wednesday embattled Solicitor General Jose Calida, saying he saw nothing wrong being engaged in business while serving as government official for as long as it is legal.

“He has long owned a security agency. Why should I fire him?” the President said in a mix of Filipino and English in a speech at the destruction of smuggled luxury vehicles at the Bureau of Customs in Manila. “He’s from Davao but he’s Ilocano. A lot of them there are Ilocanos. He’s good. Don’t we have the right to engage in business?”

“As long as you do not participate [directly in the business],” the President added. “The fact that you have divested, you have retired… So why do you have to impute or attribute malice there?”

Several critics have called on Calida to resign following reports that his family-owned Vigilant Investigative and Security Agency Inc. (Visai), bagged P150 million in contracts from various government agencies, including the Department of Justice, the Philippine Amusement and Gaming Corp., and the National Economic and Development Authority.

Sen. Francis “Kiko” Pangilinan said Calida’s case was no different from that of resigned Tourism Secretary Wanda Teo, who drew criticism for placing a total of P60 million worth of advertisement in the PTV program of her brother, Ben Tulfo.

Malacañang had already defended Calida, saying it was obvious Calida’s enemies were getting back at the solicitor general for his victory in the quo warranto petition filed at the Supreme Court against Chief Justice Maria Lourdes Sereno, which resulted in her ouster. /atm