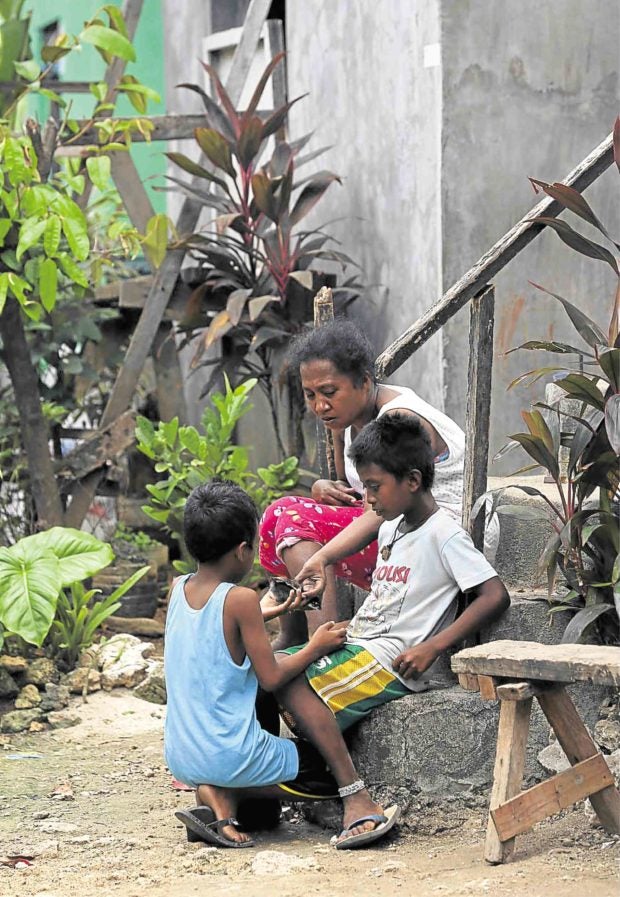 BORACAY ISLAND, Aklan — Members of the Ati tribe, considered Boracay’s earliest settlers, are among those severely hit by the closure of the island to tourists.

At least 15 members of the Boracay Ati Tribal Organizations (Bato) have stopped working in resorts and hotels where they were employed due to the suspension of operations of most commercial establishments on the island while 45 others, who were construction workers, lost their jobs and regular sources of income.

“We are now dependent on government assistance but it is not enough for all of us,” Evangeline Tambuon, a member of the Bato council of leaders, told the Inquirer.

Fifty-seven tribe members have availed of cash-for-work and other assistance of the Department of Labor and Employment, Department of Social Welfare and Development, and Department of Environment and Natural Resources.

Those under the cash-for-work program receive the daily regional minimum wage of P323.50 per day for a maximum of 30 days. Their tasks include the cleanup of beaches and collection of debris from demolished structures along the main road.

Tambuon said they did not know how they would cope with the loss of income for six months through the meager assistance that they would receive.

“Our children will soon go to school again. Families have no money for school supplies, uniform, fare and other expenses,” she said.

Tambuon said they needed help to repair or reconstruct several houses and the concrete wall of the Ati village that would be demolished because these were built within the
12-meter road easement.

Parts of a newly finished two-story office will also be demolished. The structure serves as the house of nuns of the Daughters of Charity of St. Vincent de Paul who have been living with the tribe for decades.

The Ati village is situated on parts of a 2.1-hectare property in Barangay Manoc-Manoc.

In 2011, the government, through the National Commission on Indigenous Peoples (NCIP), awarded the tribe a certificate of ancestral domain title (CADT). But land claimants have contested the CADT and filed cases to quash the title.

The NCIP and anthropologists have supported claims that the Ati were the earliest settlers on the island but were displaced starting in the 1970s when the island became known and began attracting tourists.