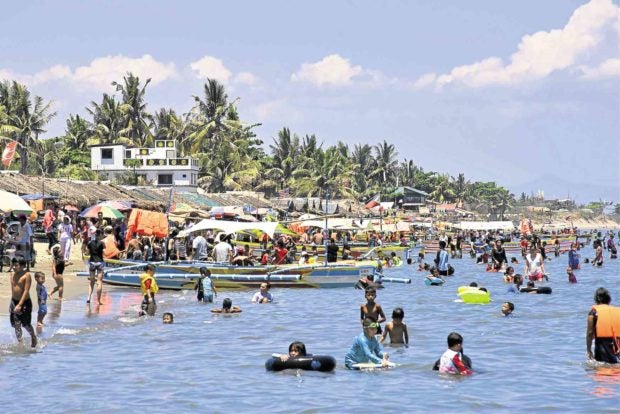 CROWDED Tourists flock to the beaches of San Fabian, Pangasinan, where most illegal structures targeted for demolition are located. —WILLIE LOMIBAO

DAGUPAN CITY — Environment officials in Pangasinan province have begun clearing beaches in two towns and a city of more than 2,000 shanties and illegal structures that have mushroomed there.

Half of the illegal structures (1,489) were built on foreshore areas and 982 on no-build zones (also known as salvage zones) in the towns of San Fabian and Bolinao, and in Alaminos City.

Foreshore areas lie 5 to 60 meters between the highest and lowest tide line, while the 20-meter span from the highest tide toward land is classified as a salvage zone.

Another popular beach spot, Bolinao, has 525 structures on its foreshore area and 216 on its no-build zone. Forty one structures straddle both zones. 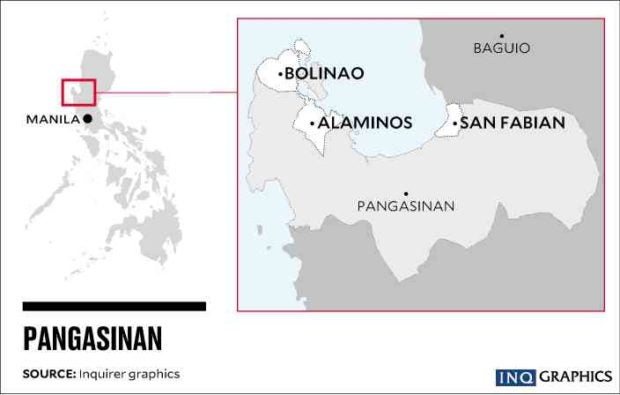 Alaminos has 342 illegal structures on its foreshore area, 108 on its no-build zone, and four standing between the two zones.
In March, at least 300 beach resort owners, members of civic groups and local officials in four provinces of the Ilocos region agreed to clean up their waterfronts and correct environmental code violations.

They initiated these measures during a “Coastal Watch Summit” in La Union, following the crackdown on violators of environmental laws in Boracay Island and in Pagudpud town in Ilocos Norte province. —Gabriel Cardinoza