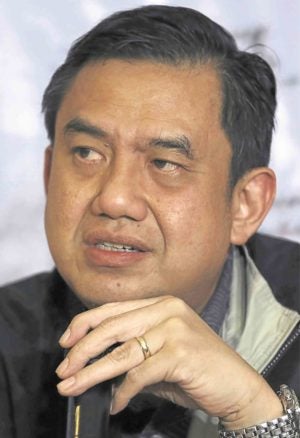 No one will spared, not even high-ranking government officials, from the clearing operations being conducted by the Interagency Council for Traffic (I-Act).

This was stressed over the weekend by Transportation Undersecretary for Roads and I-Act chair Tim Orbos who refuted a TV report which said that I-Act personnel did not tow a Toyota pickup illegally parked on Doña Hemady Street in Quezon City last week.

According to the TV report, the vehicle owner introduced himself as Dante Guevarra, an employee of Malacañang and director of the government-owned Philippine National Oil Corp. “Even if he
said he was a Palace personnel, he wasn’t let go and spared,” Orbos said in a statement.

Instead, I-Act and Metropolitan Manila Development Authority (MMDA) personnel told Guevarra to bring his vehicle to the impounding area in Tumana, Marikina City, where he paid his fines.

“[Guevarra’s pickup] was not put onto the flatbed-type tow truck immediately because of its width,” Orbos explained. “If we had insisted on towing it and the car was damaged, it would be the liability of the towing company.”

He called on government employees to just follow traffic rules and stop asking for special treatment.

“We have zero tolerance for those who impede traffic flow. We are against practicing the ‘padrino system’ as we are totally blind to anyone [affected] by our operations, whoever they are,” Orbos said.

The MMDA also towed a car bearing an “8” license plate issued to congressmen after it was left parked on the sidewalk in Quezon City. The car was registered to former Albay Rep. Grex Lagman.