Aguirre clears self from ‘questionable’ payroll transactions at DOJ 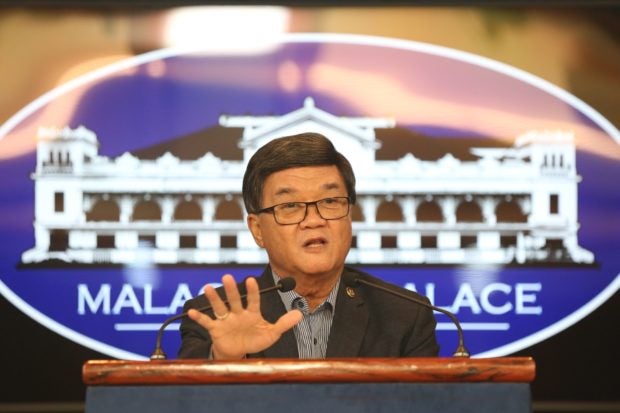 Former Department of Justice (DOJ) Secretary Vitaliano Aguirre denied any involvement in the payroll transactions flagged by the Commission on Audit (COA) for alleged errors and deficiencies, saying it was “all below my level as Secretary of Justice.”

“I have no participation whatsoever in the transactions subject matter of the Annual Audit Report released by the Commission on Audit (COA),” Aguirre said in a statement on Saturday.

“These transactions involved operations between the Personnel Division and the Accounting Division. They are all below my level as Secretary of Justice,” he added.

COA said in its DOJ audit report, which is available on their website, that the transfer of P621 million worth of disbursed payroll funds was undocumented. For his part, Aguirre said that the financial transactions under COA’s report did not reach him, nor did he have prior knowledge of it.

“It is worth highlighting that the financial transactions in the Department of Justice are handled primarily by the Financial Service, from the Budget and Accounting Divisions and under their Director IV,” he said.

“In the delegation of functions, there is an Assistant Secretary and Undersecretary for Finance. Unless the law requires direct action of the Secretary of Justice, all financial transactions are taken care of by these officials,” he added.

Aguirre also decried reports from certain media sites, which he said are merely being “played” by news organizations. The former cabinet secretary said that the COA report merely requires the submission of required documents.

“According to the DOJ Financial Service, this is not a case of complete absence of documents or supporting documents. When these JEVs (journal entry vouchers) were drawn, there were supporting documents attached thereto, specifically the Disbursement Vouchers and the corresponding Payroll Warrant Registers,” he said.

“It appears that the COA requires the submission of the document entitled Payroll Register. This document is available and submitted to the Land Bank of the Philippines (LBP) as the basis for crediting of the amounts to officials and employees,” he added. /jpv