PNP: ‘Ardot’ Parojinog would have to face raps in Taiwan | Inquirer News

PNP: ‘Ardot’ Parojinog would have to face raps in Taiwan 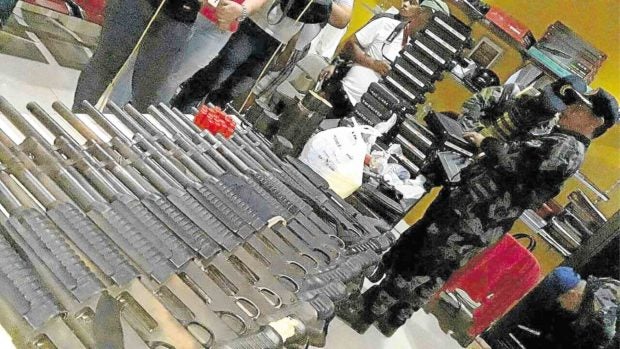 Arrested Ozamiz City Councilor Ricardo “Ardot” Parojinog would have to face charges in Taiwan before being deported to the Philippines, the Philippine National Police (PNP) said Thursday.

PNP spokesperson Chief Supt. John Bulalacao said Philippine authorities have no hand in Parojinog’s arrest as Taiwanese authorities received a red notice from Interpol that the councilor was about to enter Taiwan using illegal documents.

“[It was] not initiated by the PNP, this was because of the red notice of the Interpol that he has no document when he went to that place that’s why the Taiwan government monitored his presence in the area,” Bulalacao said in a press briefing.

“True enough, nalaman na wala siyang documents [it was learned that he has no documents] when he entered Taiwan,” he added.

The spokesperson said there is no definite date yet when Parojinog would be deported from Taiwan as the deportation process would still take a while.

He said once Parojinog gets back to the country, he would be facing several cases of illegal possession of firearms and explosives.

Bulalacao said the PNP is investigating the report that Parojinog was aided by Taiwanese drug lords to flee the country.

(That is one of the angles the PNP will need to investigate if that report is true. As of now, we do not have yet any documents or evidence to back it up.)

Parojinog had been in hiding since his older brother, Ozamiz City Mayor Reynaldo Parojinog Sr., was slain in a bloody drug raid in July last year.

The younger Parojinog was being hunted down for his alleged involvement in the illegal drugs trade as well as for other illegal activities.

His arrest came five days after the police’s raid in his office and inn in Ozamiz City, which yielded a cache of high-powered firearms and illegal drugs. /jpv