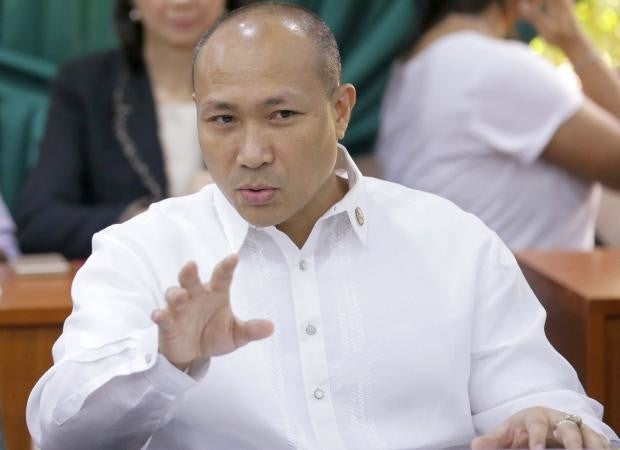 Magdalo Rep. Gary Alejano questioned on Thursday the “notable preference” of the government for Chinese firms to lead the reconstruction and rehabilitation efforts in the war-torn Islamic City of Marawi.

Alejano said this in the wake of the briefing of the Task Force Bangon Marawi (TFBM) on the rehabilitation of Marawi City during the House committee on Muslim affairs hearing on Wednesday.

The TFBM selected the Bagong Marawi Consortium (BMC), composed of five Chinese and three Filipino companies, to lead the rehabilitation programs and efforts in Marawi City.

“Majority of the companies included in the BMC are Chinese. Two are even state-owned enterprises, which mean that state funds of China would be used,” Alejano said in a statement, referring to China State and China Geo Engineering Corporation.

“Worries on the degree of control that China would have on these projects could not be dismissed especially since the Filipino companies included have no history of contracting big government projects,” he added.

“How can we make sure that the projects will remain Filipino-led and the interests of the Maranaos in particular, will be respected and given prime consideration in the rehabilitation projects given this configuration?” he asked.

At the House committee hearing, TFBM Spokesperson and Civil Defense Deputy Administrator for Administration Assistant Secretary Kristoffer James Purisima said the consortium itself is “treated as a private company that would be contracted by the Philippine government.”

Alejano further noted that during the briefing, the TFBM could not provide the records and details of the preferred firms to join the BCM and it was not clear yet how the winning contractors would recover their billions of pesos investments.

Another major issue, the lawmaker said, is the business record of these Chinese companies.

“Given this record, should it not have caused alarm for TFBM to select the BMC? How can we assure that the Marawi rehabilitation would not be marred by corruption cases in the future with such kind of participating firms?” he questioned.

Alejano, a staunch critic of the administration, also raised the implications of the Chinese-dominated consortium on the bilateral relations of the Philippines and China amid the territorial dispute in the West Philippine Sea.

“It is quite suspect that again China is being favored for a government project this critical…” he added.

Aside from the BCM, the Magdalo congressman also criticized the lack of detailed planning on the Marawi rehabilitation already a year after the siege, as was revealed during the committee hearing.

“They have a timeline and grand proposals being presented to the public, but they have not even mapped out where these constructions will be built. Worse, they have not yet consolidated the number of displaced and affected Maranaos. How can we move forward if there is no starting point yet?” Alejano stressed. /jpv