Palace: No reason yet to lift martial law in Mindanao | Inquirer News

Palace: No reason yet to lift martial law in Mindanao 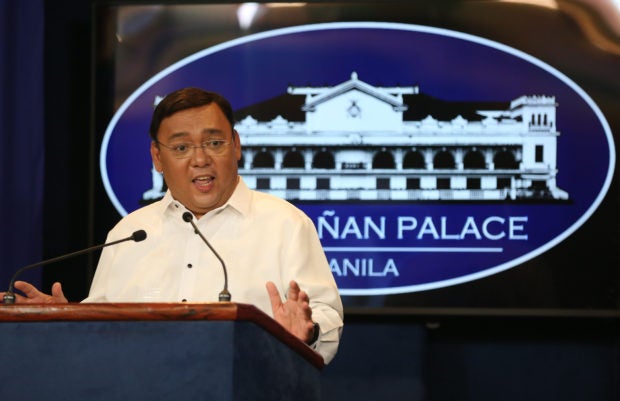 There is no need yet to lift martial law in Mindanao, Malacañang said Wednesday, a year after Islamic State-inspired fighters stormed Marawi City.

Presidential Spokesperson Harry Roque said as long as martial law is needed in the region, the declaration will not be lifted.

“Wala pong gusto na magkaroon ng (Nobody wants) martial law beyond the necessity of having martial law. So the Palace would like to assure the public the moment the need for martial law ceases, it will be lifted,” Roque said in a video statement.

“But certainly one year after the siege, the time to lift martial law is not yet here. So it will be lifted as long as there is no need for martial law,” he added.

Roque, however, did not give a timeline or conditions that would prompt the lifting of the declaration.

The spokesperson issued the statement in response to Kabataan Rep. Sarah Elago’s call for President Rodrigo Duterte to end martial law in Mindanao following reports of human-rights violations in the region.

On May 23 last year, a firefight started to erupt between government forces and Isis-inspired Maute fighters, who tried to take over Marawi City, prompting Duterte to declare martial law in the region.

The attack, later on, led to a five-month-long battle, reducing the city into shambles. /jpv