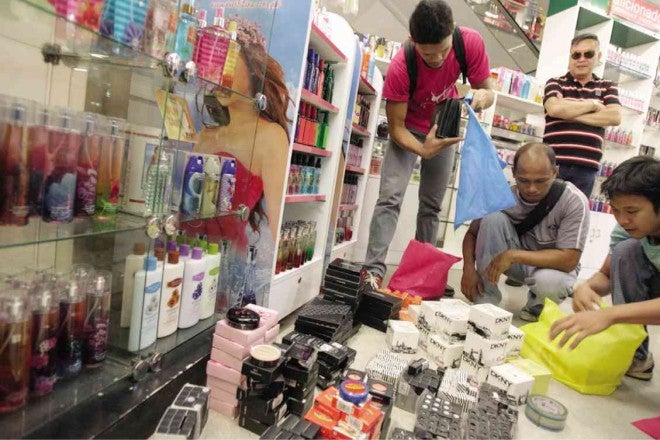 As the value of fake goods seized for the first quarter (Q1) of 2018 amounts to P5.3 billion, the Intellectual Property Office of the Philippines (IPOPHL) projects that the total value for this year would grow by a three-digit percentage.

“The 2018 first quarter seizure reflects a triple-digit growth from the comparable period last year and attests to IPOPHL and NCIPR’s (National Committee on Intellectual Property Rights) unflagging efforts to stamp out the spread of counterfeit and pirated goods,” IPOPHL Director General Josephine Santiago said in a statement on Wednesday.

“With this strong showing in [the] enforcement of IP rights, we believe we can surpass the P 8.2 billion in fake and counterfeit items gotten in 2017,” Santiago added.

The agency said that majority of the confiscated goods were fake cigarettes, amounting to an estimated amount of P5 billion.  This is followed by handbags and wallets (P137 million), and optical media (P103 million).

“This substantial take in the first quarter alone indicates the aggressive drive of our enforcement partners to clamp down on proliferating fake and counterfeit goods,” IPOPHL Deputy Director General Teodoro Pascua said during a recent meeting with United States Trade Representative (USTR).

“[The] government has been persistent not just in impeding entry of these goods through the ports, but apprehending local manufacturers and distributors of these products,” Pascua added.

However, IPOPHL admits that a significant increase in confiscated goods does not indicate that the problem is being solved.

“Even with this significant take of counterfeit and pirated goods, we know we are not hitting the root of the problem yet. We are working hand-in-hand with vendors and establishment owners to find a solution to shift them to sell alternative goods sourced locally,” Santiago said. /jpv