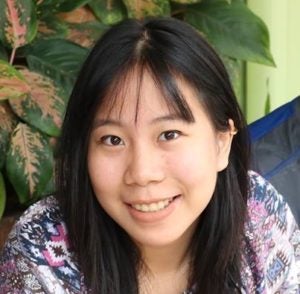 In chilly London last week, Johanne Jazmin Tan Jabines was given five minutes onstage. It was all the time the 20-year-old needed to share her meeting with a dearly missed relative and wow the competition’s judges and her global audience.

Her winning speech, titled “One Hour at A Time,” spoke of the lives of overseas Filipino workers (OFWs) and undocumented immigrants.

The grand finalists — including students from Hong Kong, Korea, China, Estonia, Lebanon and the United States — were asked to prepare their speeches around the theme “The best way to predict the future is to invent it.”

The heart of Jabines’ speech stemmed from her reunion with an aunt, a teacher in Thailand who had only one hour during her layover in Manila.

“Our clock started ticking when a voice announced the arrival of her flight,” she said in her speech delivered at the Royal Institution. “As soon as I saw my aunt pass through the airport gates, I knew. I am lucky to have a family member who could make the journey back.”

Jabines, a third year college student studying business administration and accountancy in the University of the Philippines Diliman, was the third Filipino to win the contest, the world’s largest public speaking competition.

She was declared champion a decade after Gian Karlo Dapul won in 2008 and Patricia Evangelista in 2004.

Speaking to the Inquirer on Tuesday, Jabines said she felt her speech resonated with people from different nations, as she talked about the universal experiences of families in the age of migration.

“What inspired me to write the speech was really the degree of sacrifices that overseas workers have to make, a reality that is often undermined by [the] government,” she said.

“I have received a lot of positive reactions and heartfelt comments even from strangers, thanking me for talking about our OFWs.”

Working with the competition’s theme, Jabines said she thought that the best way to predict the future of families, in the age of global diasporas, was to reinvent the ties we build with them.

“[Overseas workers] are also stories of invention, of finding new ways to succeed, where none exist,” she said in her speech. “[My aunt] would leave soon, along with the rest, to a life where she is needed—indispensable yet invisible at the same time.”

“It is an ironic fact of a migrant’s life that to show someone you love them, you often have to leave … [But] this isn’t just a story of those who leave,” she said. “It’s also a story of those who get left behind … In my case, I had to reinvent ours at the terminal, until our time had finally run out.”

She also talked about the challenge of not being able to change a circumstance, but expressed hope for the families who invent ways to remain tight-knit.

“We pick up the pieces they’ve left behind and invent a new kind of dream for ourselves and for them.”

Jabines said her victory still felt “surreal,” particularly since this was her second shot at the contest.

In 2017, she also tried out before the country’s English Speaking Union chapter, but was rejected.

In February, she was chosen as the national representative, besting 80 other participants.

In the speech that gave her the seat to represent the country, she talked about art as a form of protest.