PNP: Cases handled by Ozamiz ex-prosecutor may hold clues to his killing 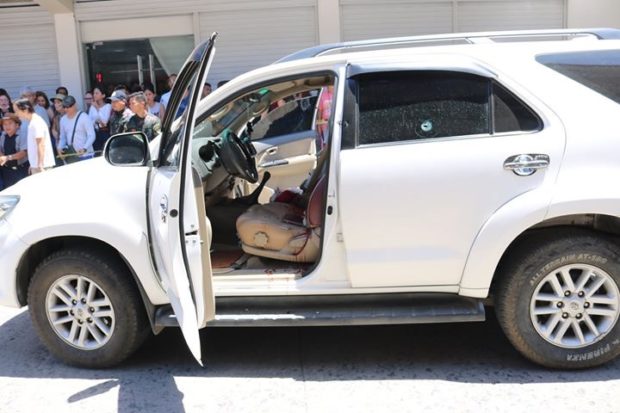 The cases handled by slain former Ozamiz City prosecutor Geronimo Marabe Jr. when he was still a fiscal may be one of the main motives for his killing, Philippine National Police (PNP) chief Dir. Gen. Oscar Albayalde said Tuesday.

Albayalde said Marabe was known for dismissing the cases of the Parojinog family, accused of being involved in the illegal drug trade.

The Parojinog’s patriarch, Mayor Ozamiz City Mayor Reynaldo Parojinog and his wife Susan were among the 16 people killed during the simultaneous bloody drug raids in their homes last year. The operation resulted in the arrest of Ozamiz City Vice Mayor Nova Princess Parojinog-Echavez and her brother, Reynaldo Jr.

Meanwhile, Marabe, who retired in November 2017, was gunned down by four suspects while onboard his car at Barangay 50th District in Ozamiz City at around noon on Tuesday.

(They said that sometimes, when the cases there were dismissed, our policemen are the ones who were filed with charges.)

However, he cannot confirm if Marabe, who retired from the government in November last year, had lawyered for the Parojinog family.

“Hindi natin maconfirm ‘yan if he turned as private lawyer of the Parojinog. Parang ganun ang nangyari, parang nag private practice siya but we cannot confirm that,” Albayalde said in a press briefing at Camp Crame.

Albayalde, however, said it was unlikely that the police were involved in Marabe’s assassination because if they were, they would have had retaliated against the former fiscal long ago.

“Hindi naman siguro. Kasi kung ano, matagal na most probably nagretaliate yung mga pulis,” he said when asked if the police aggravated by Marabe may have retaliated against the former fiscal.

(It seems unlikely. Because if they did, the policemen would have retaliated long ago.) /vvp