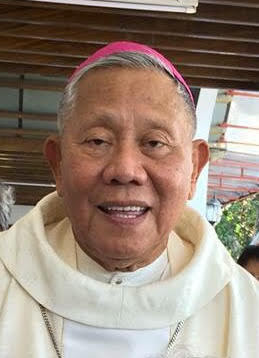 Gregorio had been confined at the Cardinal Santos Medical Center due to pneumonia since May 9. He also suffered a mild stroke on Thursday while he was under dialysis, Layug said.

“The bishop died on the First Memorial of Our Lady as Mother of the Church, exactly a year after Pope Francis accepted his resignation as Bishop of Batanes,” his friend Leandro Jose Tesorero said.

He was installed as the fourth bishop of the Diocese of Bacolod on July 27, 1989, where he served until the year 2000.

On November 8, 2003, he was installed as the fourth bishop of Batanes, where he served for almost 14 years or until he retired in May 2017.

San Carlos Bishop Gerardo Alminaza said Gregorio’s wake will be at the Sto. Domingo Church in Quezon City starting Tuesday until Friday. His remains will then be transferred to the Immaculate Conception Cathedral in Basco, Batanes, where he will be buried on May 28.      /kga