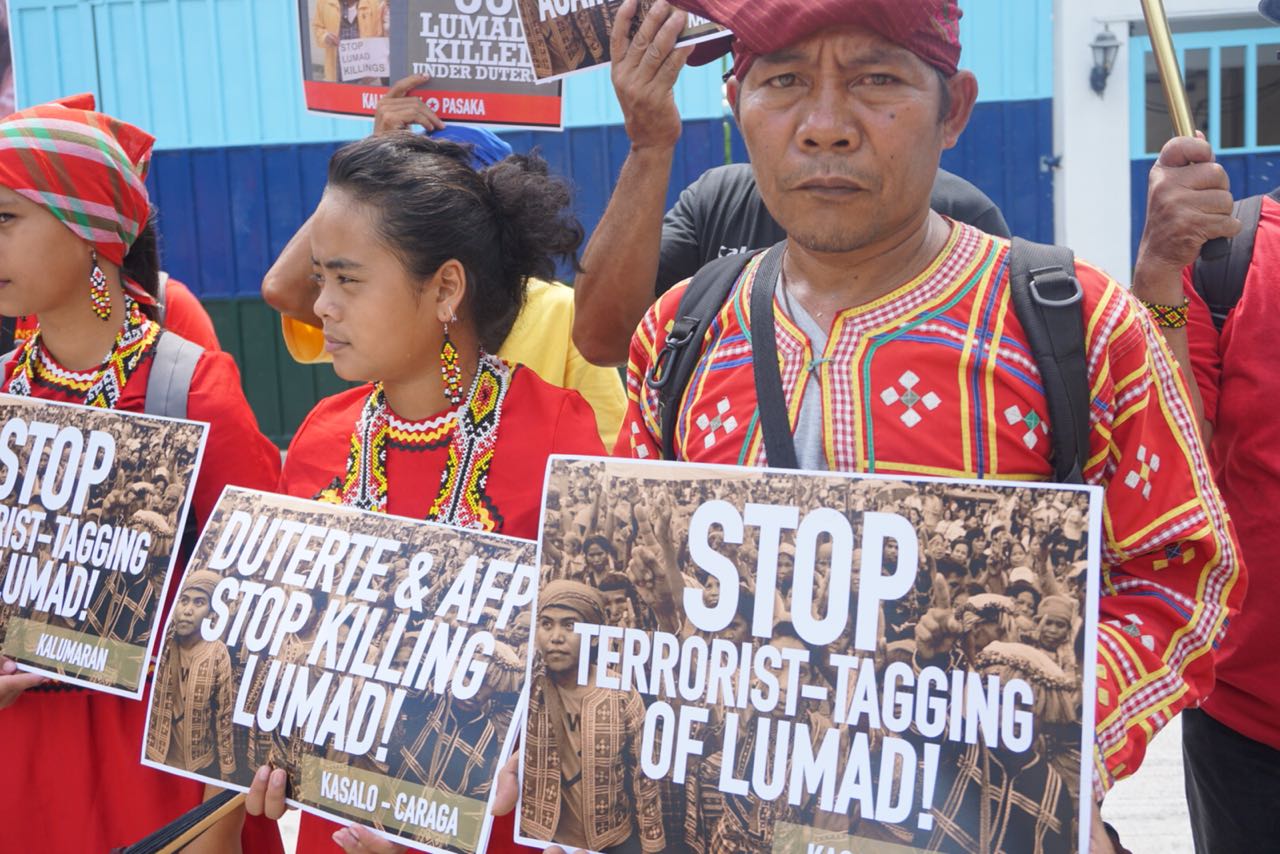 Dozens of protesters trooped to Camp Aguinaldo in Quezon City on Friday to call for an end to martial law in Mindanao, which they say bring human rights violation in the region.

The protesters, mostly Lumads, killed a chicken and poured its blood over heaps of rocks and soil from Mindanao to symbolize human rights violations and the destruction of their communities caused by martial law.

Ryan Amper, spokesperson of Barug Katungod (Stand for Rights) Mindanao, there are 130 incidents of political killings under the Duterte administration, 76 of which happened under martial law in Mindanao.

He said the Armed Forces of the Philippines’ (AFP) series of bombings and attacks have also caused the displacement of hundreds of people, especially Lumads.

Amper said 70 percent of the AFP’s combat troops have been deployed to the Eastern and Western Mindanao commands. This translates to 74 battalions–42 Army and three Marine battalions are focused on operating against the New People’s Army (NPA).

The deployment is an increase from 55 battalions in 2015.

There were also incidents of so-called “mass surrenders” where the military tags Lumads in poor communities as members of the NPA and forces them to surrender.

(When they surrender, they are NPAs. When they don’t they’re still NPAs.)

He cited the forced surrender of Lumads in two municipalities in Compostela Valley and Davao del Norte where in 517 individuals have turned themselves over out of fear from the military.

Martial law has been in place in the whole of Mindanao since May 23, 2017 after the Islamic State (IS)-inspired Maute group attacked Marawi City.

The declaration was extended twice in July and December last year, with the government citing the need to secure the region from terror threats.    /muf