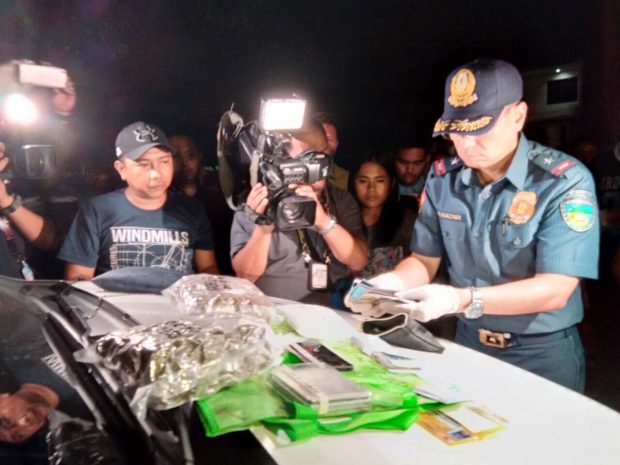 Calabarzon anti-illegal drug operatives arrested two women as they seized P2.75-million worth of imported illegal drugs from them during a buy-bust operation in Cainta, Rizal early Thursday.

They also confiscated from them 250 grams of methamphetamine hydrochloride (shabu) worth P1.25 million and a kilo of marijuana variant called as kush worth P1.5 million – which were packed separately in a compressed plastic bag and placed inside a reusable bag.

Based on a police spot report, an undercover agent tried to buy the drugs using P500,000 marked money.

The report also said the illegal drugs were imported abroad thru parcels by recipients with fake names to mislead authorities.

According to police, the women are wives of two drug personalities – Evan Baylon and Jester Vera, both currently detained at the Metro Manila District Jail in Bicutan. Baylon and Vera were also said to co-inmates of alleged drug lord Antonio Cisneros, who is involved in trafficking drugs in Metro Manila and nearby cities.  /kga