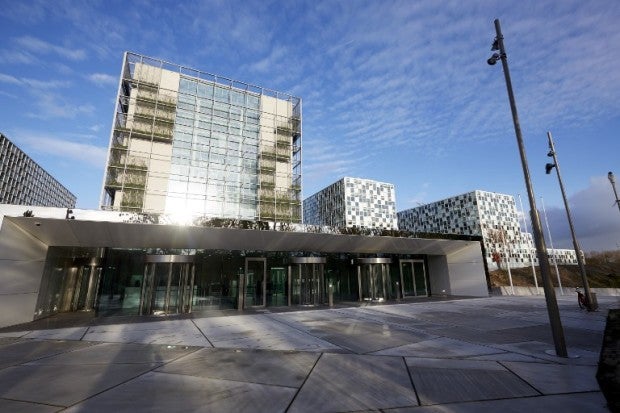 Opposition senators on Wednesday asked the Supreme Court to declare as ineffective the Philippine government’s withdrawal from the Rome Statute of the International Criminal Court (ICC).

The Philippine government notified the United Nations on March 17, 2018 that it was withdrawing from the ICC.

The decision to withdraw came following the announcement of ICC Prosecutor Fatou Bensouda that she would push through with her investigation on the spate of killings related to the government’s war on drugs.

In its petition, Senators Francis ‘Kiko’ Pangilinan, Franklin Drilon, Bam Aquino, Leila De Lima, Risa Hontiveros and Antonio Trillanes IV stressed that the Senate is mandated by the Constitution to ratify a treaty or an international agreement.

They pointed out that under Article VII Section 21 of the 1987 Constitution, “entering into a treaty or international agreement requires the participation of Congress, that is, through the concurrence of at least 2/3 of all the members of the Senate.” 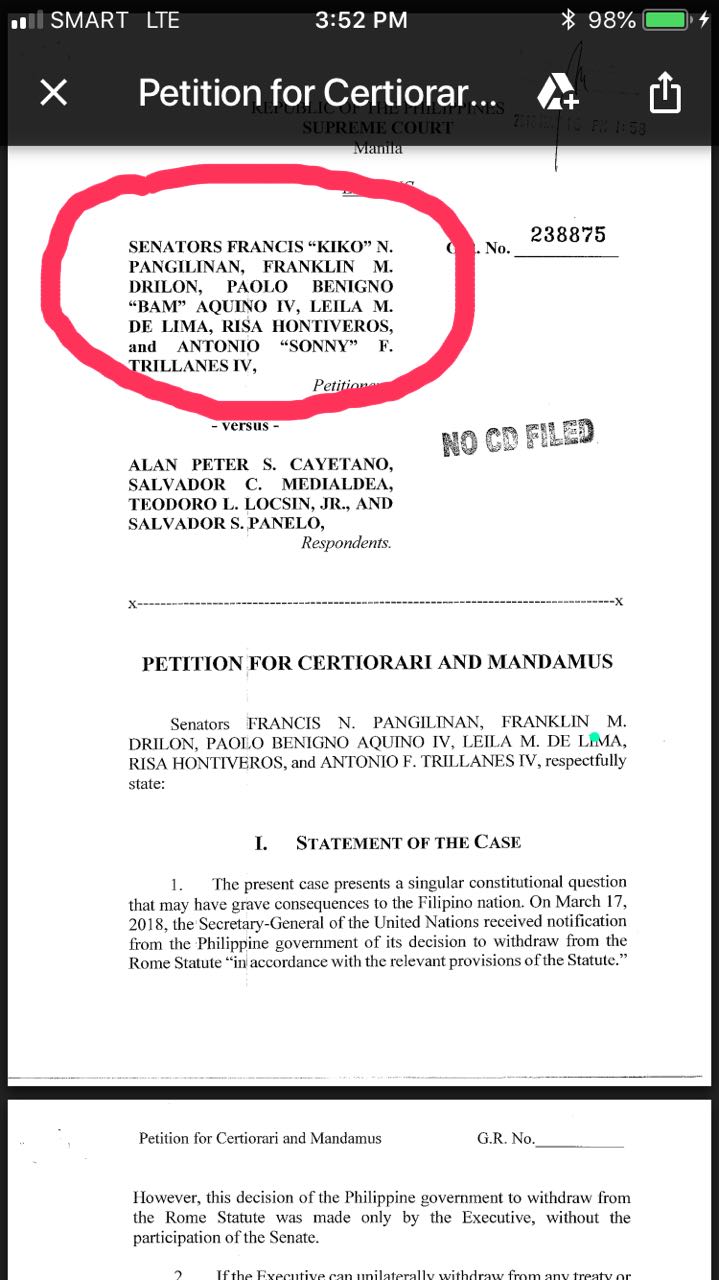 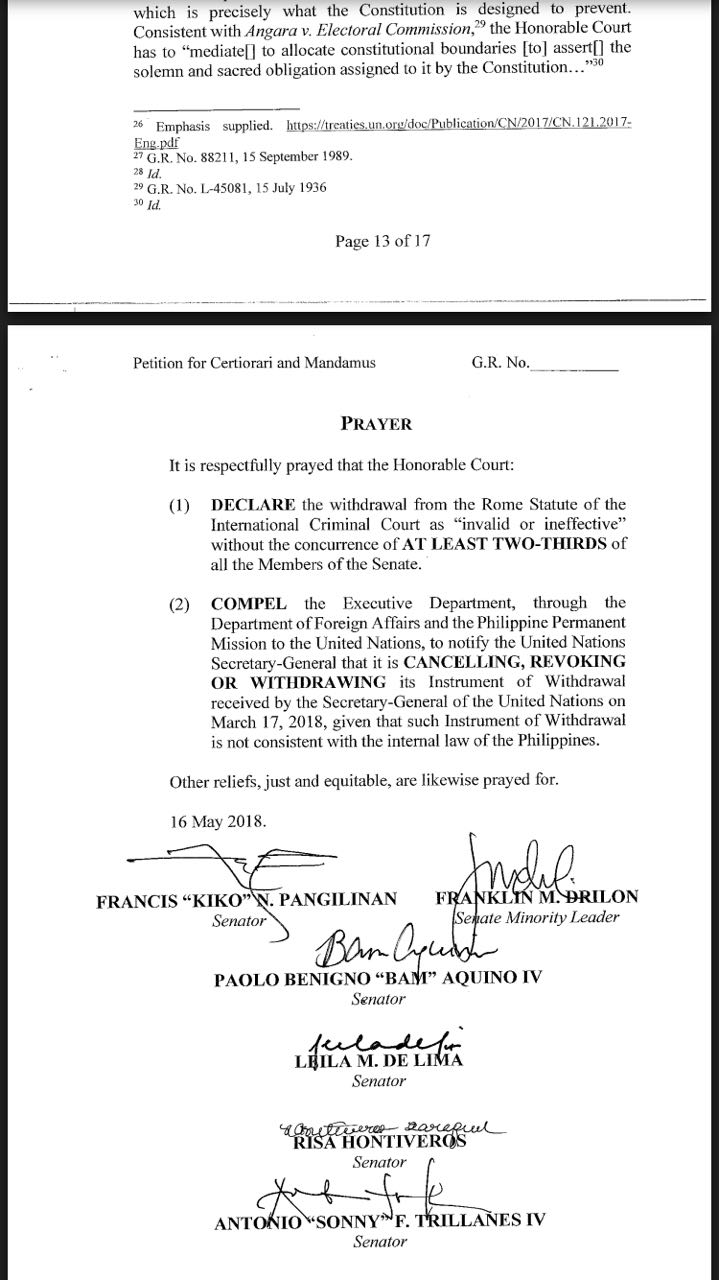 The senators said the Executive Department cannot unilaterally repeal a law or withdraw from a treaty or international agreement.

They said, notifying the UN of the country’s withdrawal without the concurrence of at least two-thirds of the Senate can be considered grave abuse of discretion amounting to lack or excess of jurisdiction.

The Constitution, according to the senators, provides that the Executive’s duty is to implement existing laws “even those he or she does not agree with.”

“The Executive alone cannot withdraw from an existing treaty or international agreement because such an act is equivalent to repealing an enactment of Congress,” the senators added.

Aside from declaring ineffective the ICC withdrawal, the senators also urged the high court to compel the Executive Department through the Department of Foreign Affairs and the Philippine Permanent Mission to the United Nations to withdraw the instrument of withdrawal submitted to the UN last March./ac