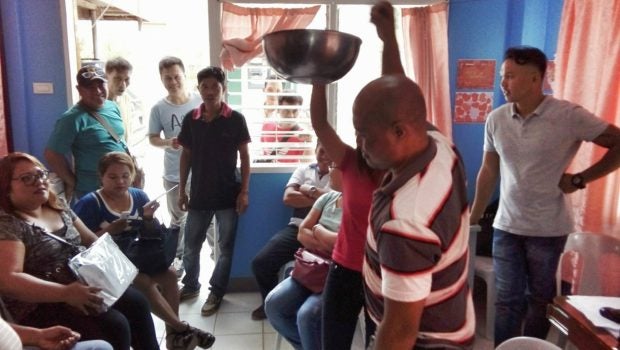 By luck of the draws, incumbent barangay captain Doroteo Garsuta of Cabawan in Maribojoc town, wins during a draw lot after he tied with Marcial Quiwag during the race for barangay captain on Monday. Photo Courtesy: MLGOO-Maribojoc

MARIBOJOC, Bohol — The barangay and Sangguniang Kabataan elections became more exciting here when two candidates for barangay captain in Cabawan in this town had to draw lots after they garnered the same number of votes.

The drawing of lots happened at 9 a.m. on Wednesday to determine who will sit as village chair between Marcial Quiwag and incumbent Barangay captain Doroteo Garsuta, who both had 426 votes.

Six pieces of papers with numbers 1 to 6 written on it were rolled up and placed inside a bowl.

The rule was whoever got the highest number would win.

The incumbent was declared by draw lots which was witnessed by the town’s municipal local government operations officer (MLGOO) Franklin Medequiso, residents of Barangay Cabawan and representatives from the Department of the Interior and Local Government and Commission on Elections. 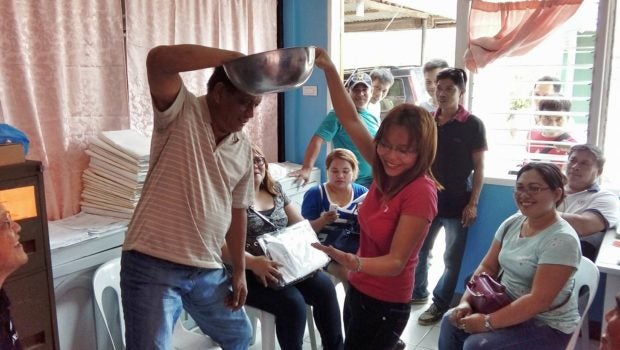 Unlucky. The election for barangay captain in Barangay Cabawan in Maribojoc town, Bohol, ended in a high drama as Marcial Quiwag didn’t pick his luck by drawing of lots after he and incumbent Barangay captain Doroteo Garsuta ended in tie. Photo Courtesy: MLGOO-Maribojoc

Quiwag, who was Liga ng mga barangay president and ex-officio municipal councilor in 2010, accepted his fate.

Medequiso said drawing of lots to determine the winner in case of a tie during elections is considered legal as prescribed under Commission on Election rules, specifically Section 71 of Resolution 9030.

Medequiso said it was the first time in the town that the result for barangay captain race ended in a tie./lb