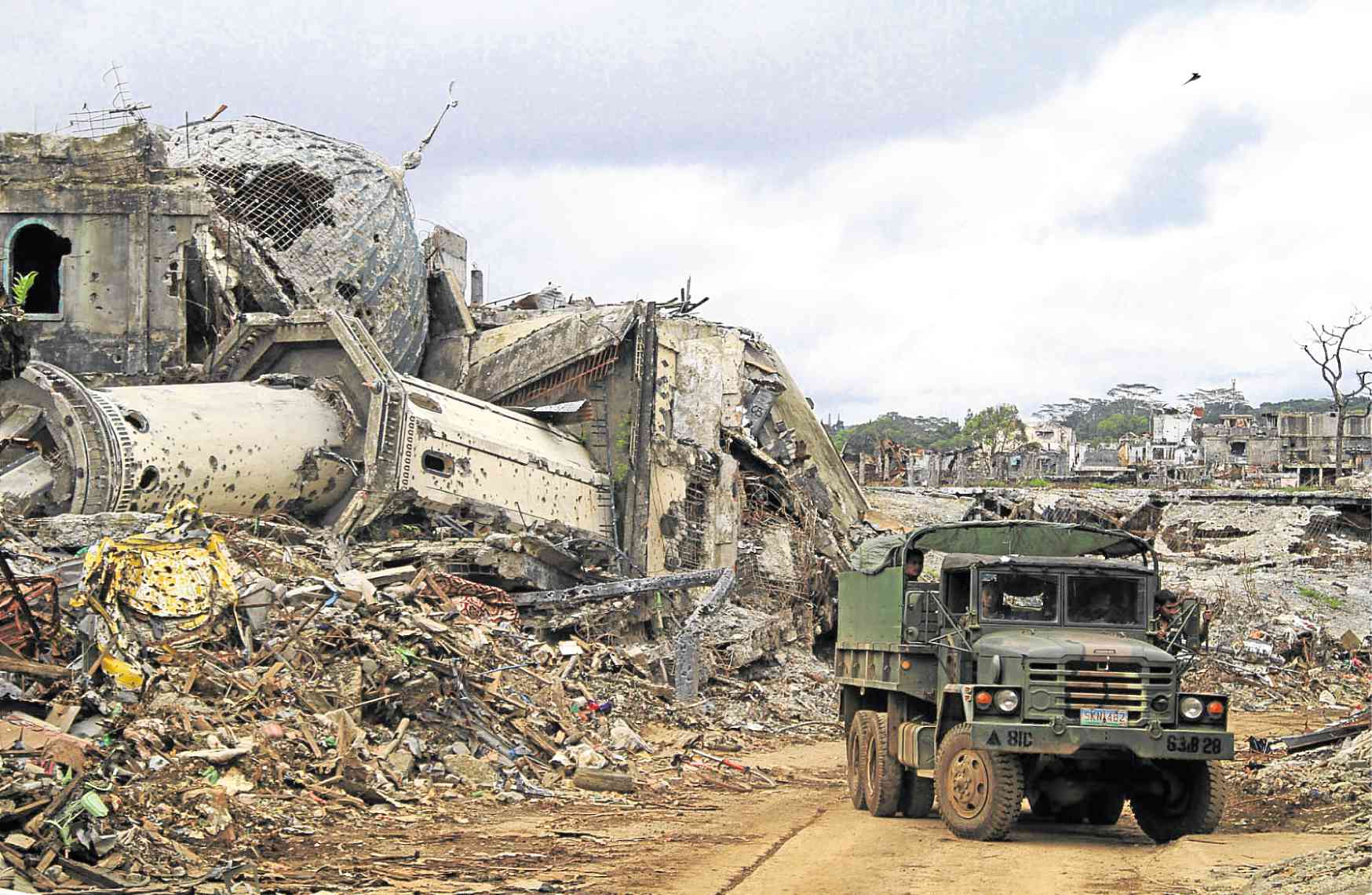 MARAWI RISING The government is hoping to bring back normalcy to Marawi through a comprehensive plan to rebuild the city following a five-month battle between soldiers and terror groups last year. —RICHEL V. UMEL

The Commission on Elections (Comelec) is now eyeing the possibility of holding the Barangay and Sangguniang Kabataan elections in Marawi City soon.

Comelec commissioner Luie Guia said the poll body was set to conduct an assessment to determine whether or not an election should be scheduled in the city which has been left heavily-damaged after a five-month clash between security forces and Islamic State (IS) inspired fighters.

In January, the Comelec issued a resolution stating that village and youth polls in Mindanao should push through except in Marawi City.

From May to October in 2017, state security forces clashed with the Islamic State (IS) inspired Maute fighters who were trying to establish an IS-controlled territory in the country.

In October 2017, President Rodrigo Duterte declared the liberation of Marawi City. As of writing, the city is still undergoing rehabilitation from the damages inflicted by the clash.

“There are reasons why we did not push through with the elections in Marawi. And if all those reasons are now gone, then we will schedule the elections already,” Guia told reporters in a press briefing.

“We are a working on the three-month timeline. We will continue to assess the situation in Marawi,” the commissioner added.

Likewise, acting Comelec chairman Al Parreño said they would use the same process to determine if the village polls would push through in Mindanao, which was placed by the government under martial law.

“We will be using a similar process in coming up with that decision in Mindanao, wherein the commissioners went to different parts of Mindanao, held hearings and consultations,” Parreño explained.    /muf